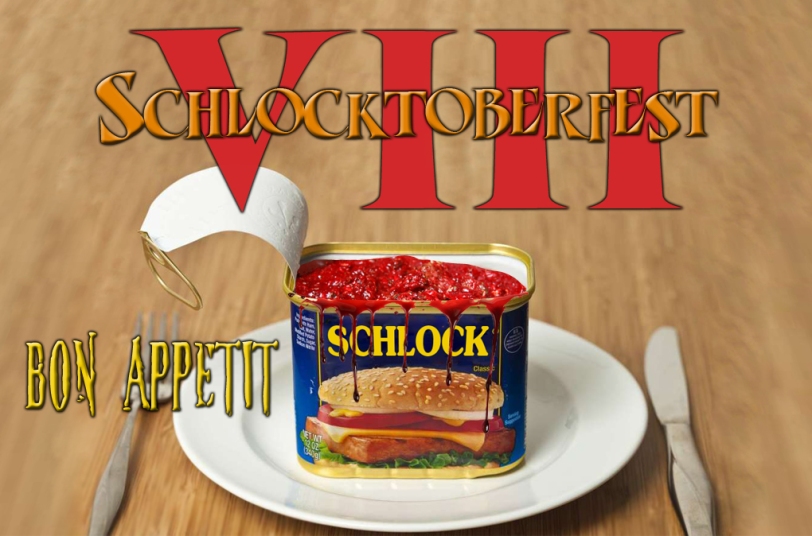 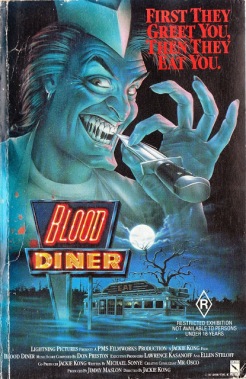 What’s on the Menu: Sunday brunch at Denny’s.

Is It Actually Palatable: I’ve seen worse I suppose. It’s kind of a mess, like when Cracker Barrel slaughters a particularly playful puppy for their new dollar menu.

Scariest Entree: Nothing scary at all. It’s a black magick comedy with gore.

Is It Raw and Bloody: Some pretty good stuff, which is at a much higher level than the actual story.

Any Mouth-Watering Nudity: Quite a bit. The entire topless aerobics class that gets hacked up, and Sheetar is perpetually topless, plus the woman from Load Warrior 2.

Most Delectable Line: “The killer has a meat cleaver in one hand and his genitals in the other.” Wayyyyy ahead of you.

Most Delicious Scene: George runs over a rotund biker over and over but he keeps getting up barely hurt and it’s kind of hilarious.

Most Flavorless Scene: There was a lot of stupid shitar, I guess I could go with the scene in the rival diner where the cops interview the owner and his ventriloquist dummy that serves no purpose whatsoever. 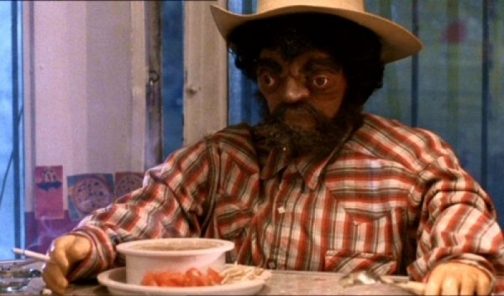 “I may be a dummy, but at least I’ve never been stupid enough to write about Blood Diner.”

Overall: I had heard decent things about this one but it was more all over the place than the menu at a Tex-Asian restaurant. The characters are all pretty annoying (although George is on another level and should run away with my Jeff from The Video Dead Memorial Trophy this year) and there isn’t a real protagonist in except maybe the female cop but not really. There are some fun kills but once again you could just watch a compilation of those and not really miss anything. Plus you could easily just make your own compilation of women’s body parts at home.