What’s This About: An aging has-been actress struggles to get the lead roles she once used to but succumbs to the temptation of a serum that not only de-ages her but also comes with a price of becoming an evil spawn.

This is a left-over entry from Schlocktoberfest 9: Schlock 9 From Outer Space. 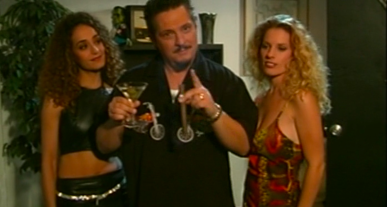 Whatever you do, do not watch a movie or buy a car from this man.

You don’t know what death is!

It says here in my contract that I only have to show my bare breasts twice max!

Help Me! Help Me!
No seriously, help me turn this flick off! 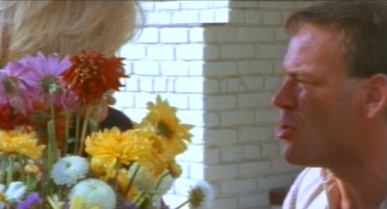 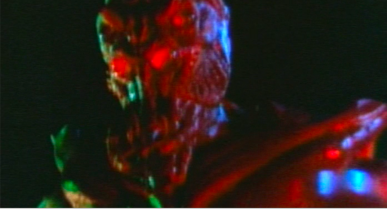 Final Thoughts: This movie is a complete mess. There’s really nothing good about it save for the secretary, Pamela Gilbert’s nude scene which is nothing short of gratuitous to say the least. The acting is horrendous, the story is half-baked and I’ve seen more convincing creature/alien make-up and effects in a Spirt of Halloween. In a small way, this did make me feel like “what if Andy Sidaris made a horror movie?” which was always a “what if” fantasy of ours. However, whoever directed this is no Andy Sidaris (Fred Olen Ray was just the producer). And that’s me at my most generous. This may all seem like a good so-bad-it’s-good entry of Schlock but sadly, it’s way too bad and hardly entertaining. It needed to be slightly better or slightly worse.