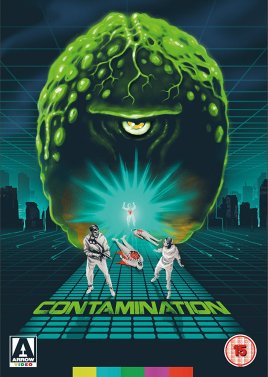 Coordinates: Some random dude under the influence of an alien cyclops tries to take over the world with exploding space avocados. Based on the documentary of the same name. 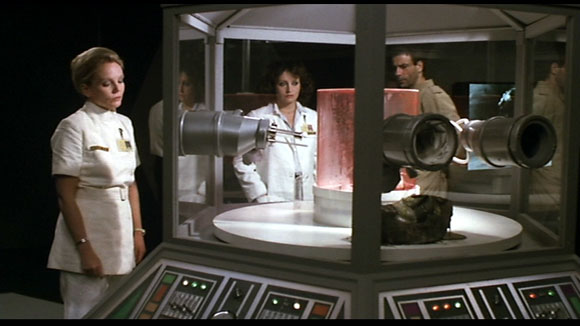 If the aliens find out you’ve seen this your life will be worth less than a truckload of dead rats in a tampon factory!

Scare Stars: None whatsoever, it’s more of a sci-fi movie that happens to be gory in places.

Gore Galaxy: The only thing that will keep you awake. There are some really enjoyable low-budget so-cheesy-they’re-good gore effects. Almost all of them involve an extremely obvious balloon under the person’s shirt.

Nudity Nebula: Stella has a shower scene, but it’s cleaner than a bar of Irish Spring. The cop and the astronaut appear to have consensual sex in a scene that was cut for time.

Space Vacuum: Almost nonexistent. Everything takes place in sewers and warehouses. There’s a scene on “Mars” but it looks like a Kardashian’s uterus. 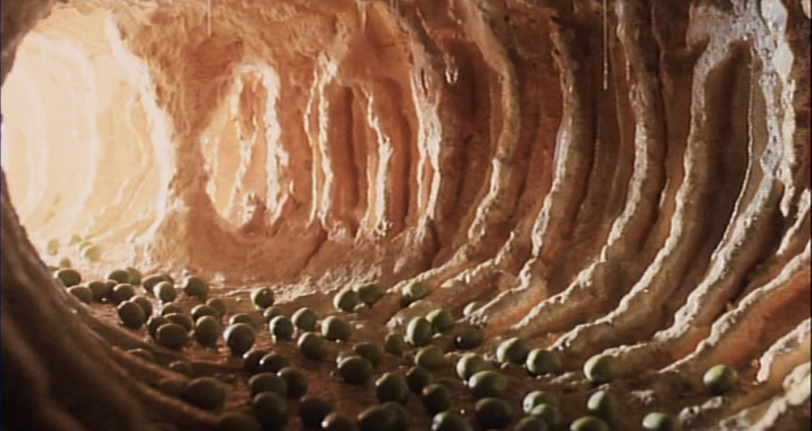 Best Transmission: “If you’re always in this condition its quite obvious you couldn’t get it up even if you used a crane.” Stella to Hubbard

Best Visual: Aside from the adorable gore effects, I gotta give it up for my friend the cyclops. He looked like if a garbage bag could take a shit, but in the most endearing way possible. I don’t think he even needed the hypnotism to get people to do what he wanted. 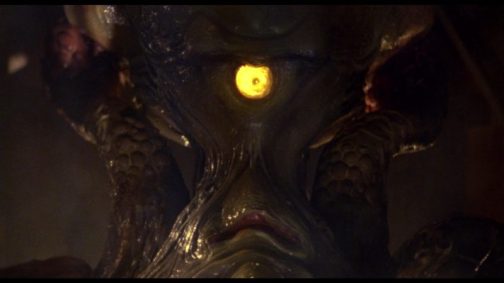 Worst Visual: The Verrazano bridge. It costs $19 to go over this son of a bitch!

But it’s a small price to pay to get further away from Long Island.

Universally: Dull, but kind of fun? Slow, but gory? But enough about me. There’s not a whole lot to this one. The gore effects are cheesier than a Wisconsin honeymoon and there’s barely enough in between to hold your interest, but it’s not a complete waste of time, especially if you’re into giallo, or Jello, or Mello-Yello.