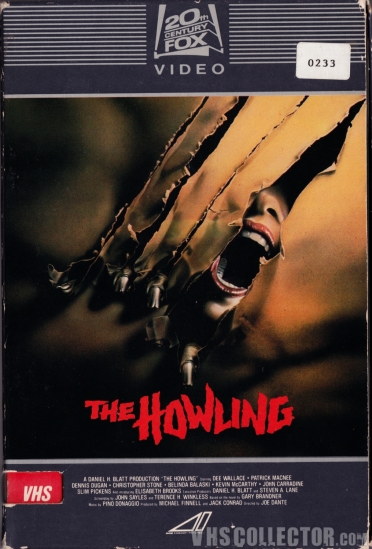 What’s It About: Local newswoman runs afoul of local werewolves and their wolfery.

Gore Level: Not a lot of gore but some excellent werewolf work by Rob Bottin, although not nearly the level of his next picture and absolute masterwork, The Thing.

Best Line: Dick Miller: “The Manson family used to hang around and shoplift. Bunch of deadbeats!”

Worst Scene: The cartoon werewolf sex scene that Ralph Bakshi would have been completely ashamed of.

Overall: Another Tobe Hooper triumph! Oh, this is Joe Dante. It’s no Innerspace I’ll tell you that. For the most part it’s boring and doesn’t really go anywhere and is only tentpoled by the makeup. Why are good werewolf movies so hard to do? Dee Wallace Stone was so affected by this picture she would only work with dogs from then on, like Cujo and E.T. the Extreme Terrier. And of course, John Carradine would henceforth devote his life to the blood cult of Lord Caninus.