What’s It About: Teens (?) visit a traveling carnival as it’s the only source of entertainment in their town once a year, but they get more carnival than they carnied for when they witness carny-on-carny crime and have to run for their teen (?) lives from carnies to escape the carnival funhouse, which is the size of a small carny village. 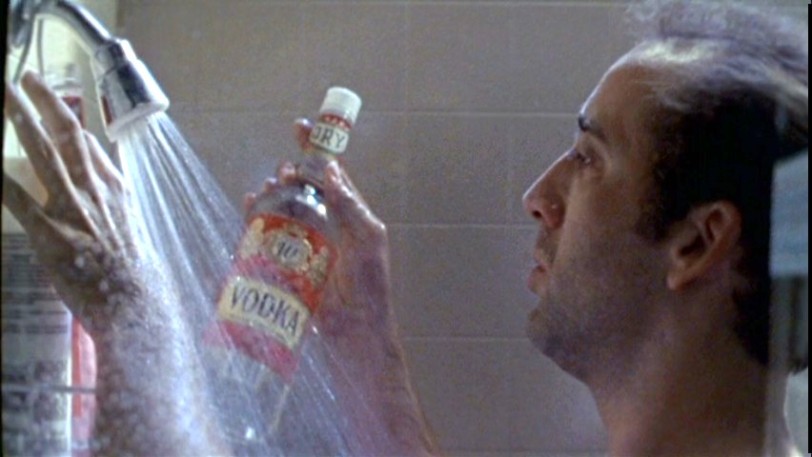 Amy figured if she was drunk enough, her brother’s next shower attack wouldn’t frighten her so badly.

I can’t remember if this is a scene from the gogo show or the animatronic at the top of the funhouse. Either way, I’m good. 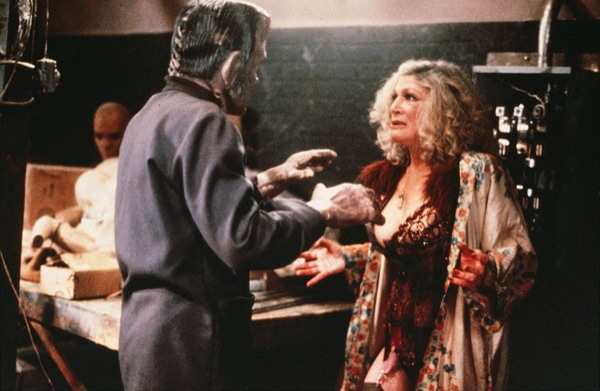 “I’m the gypsy. The acid queen. Pay before we start.”

Well he regrets that when he’s impaled on a knight’s dick sword.

Gore Level: Not a ton, there are some impalements but that’s about it.

Nudity Level: A few seconds of Amy getting in the shower before her brother burst in for his incest Psycho routine.

Best Line: Dr. Frightmarestein (to Franklinstein): “You paid Madame Zena a hundred dollars for this? You crazy fool, I could have gotten you one of them tent-girls for fifteen! Well, you never were much for knowing the value of cash, were you?”

Best Scene: I just like it when Franklinstein screams. It’s a fun sound.

Worst Scene: I just can’t get past that somehow this crew of one old drunk and one barely functional monster boy could possibly set up and disassemble this unbelievably enormous and detailed funhouse by themselves. Maybe the other carnies help, but it still seems like it would take about 782 man hours. Even just moving the giant King Kong head would be a real feat. And the carny even states that they’ll be pulling out of town the next morning, so everything gets taken down in a few hours? NO.

Overall: Ok, well, we all know that Tobe Hooper died recently, which is sad and all, but, uh, yeah… he made approximately one (1) good movie, and you can probably guess which one. No, not Poltergeist, we all know he didn’t really direct that. And it’s definitely not The Funhouse, which is neither fun nor a house. It’s not totally terrible, just kind of boring and predictable, two things a real funhouse should never be. You want to see what a real funhouse looks like? Here’s a video of a drunken Brad during our recent trip to Oktoberfest in Munich:

Score: 4.5 Hours to Dismantle Everything in a Funhouse the Size of a Mall (out of 10)