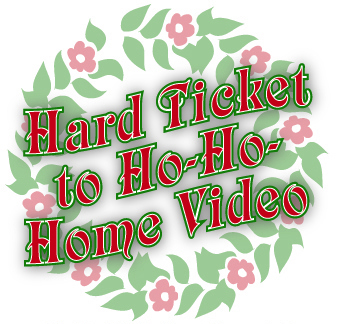 Synopsis: Soooooo, Nazis apparently wanted to create a master race out of the spawn of elves and inbred blondes.

Worst part(s): In all seriousness, the plot of this movie hinges on incest. The main girl Kirsten’s grandfather impregnated her mother (his daughter) so the Nazi bloodline would be pure, or something, and Kirsten must now fuck the elf to create a genetically superior master race. I don’t think the filmmakers understood how genetics work in the slightest.

Best line: Mike McGavin: “What are you a god damn Nazi or somethin’? Is that elf yours?”

Nudity: You oddly see the top half of Kirsten’s nipples during a shower scene, which is doubly odd because she could be anywhere in age from 16-21. They never really say, but her evil mother threatens to close her savings account, which I guess would mean she’s under 18. Anyway, you also see her evil mother take a bath and soap up her weird boobies right before the elf electrocutes her.

Overall: It’s never too late for some holiday leftovers! This is hands-down one of the weirdest movies I’ve ever seen. First of all, there’s only one elf, not multiple elves as the title implies. Why it’s called Elves is a mystery. Hell, why it’s even about elves is a mystery. The story may be set during Christmas, but it really has nothing to do with Christmas. The elf could have just as easily been a demon. It definitely would have been less confusing. You’d think that by casting Dan Haggerty, a man who bears an uncanny resemblance to a gay grizzly Santa Claus, you’d have him be Santa for more than 27 seconds in the movie. But Kirsten keeps calling him Santa for no reason whatsoever, so there’s that. The plot of this movie is fucked up beyond repair. The incest thing makes no sense, and it’s made doubly weird when Kirsten’s little brother is spying on her in the shower and tells her, “You’ve got big fucking tits and I’m gonna tell everyone that I saw ’em!” Who molested Jeffrey Mandel? The answer: Everyone. But getting back to the plot, why couldn’t it have been more straightforward: The Nazis need a virgin girl of a certain bloodline to get impregnated by a demon at a certain date (during like a red gibbous moon or something) and that will create a master demon race and they can take over the world. Then none of the elf, Christmas or incest shit would be necessary. But Dan Haggerty would still totally be necessary, even though he’s clearly drunk throughout filming. I honestly thought he had died in the ’90s, but nope, he’s still alive and making Grizzly Adams TV movies from time to time. Regardless, this movie is made astonishingly poorly (the titular [singular] elf is basically a mask on a stick), but it is fun to watch and laugh at its sheer awfulness and inexplicable story decisions. It’s got Nazis, dead cats, love, Grizzly Adams, Elf Vision, dick stabbing, detective work, synthesizer Christmas music coming out of real instruments, libraries, bug eating, witches, homemade car bombs, smoking, homelessness, runes, and Teenage Mutant Ninja Turtle pajamas. What more do you want out of a Christmas movie?