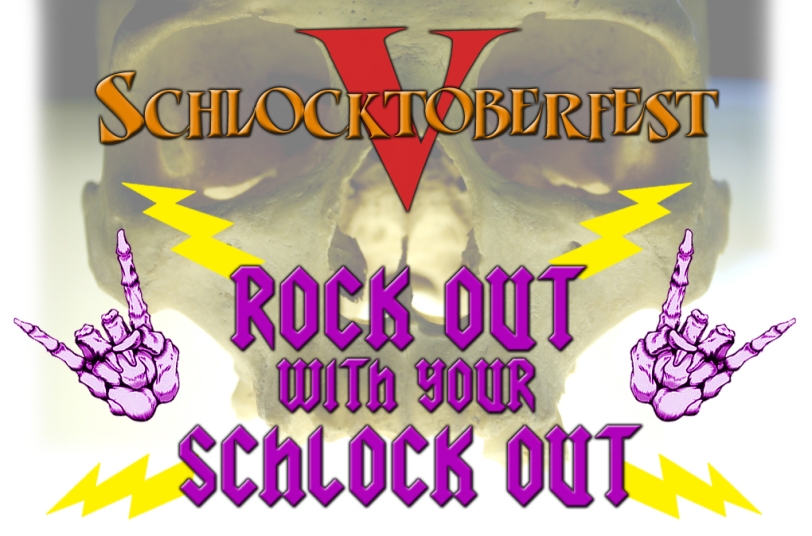 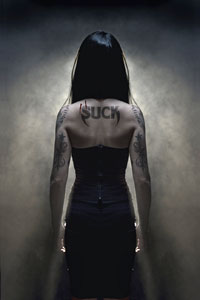 What’s It About: Struggling Canadian band, aptly named, The Winners, want to go out on a small Canadian/U.S. tour to expand on their new success after their bassist, Jennifer (Jessica Paré) is turned into a vampire. 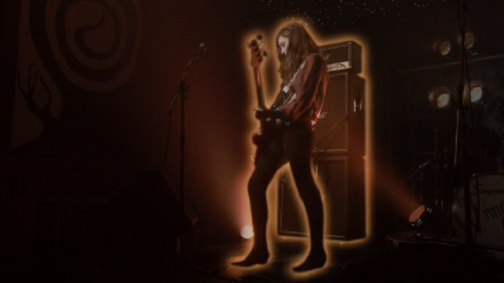 Get it on…Bang a gong!

You wanna sip of this dork? 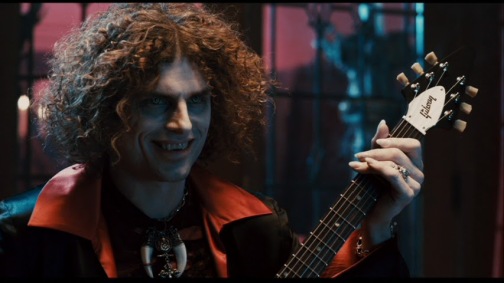 Scare Volume: Again, another horror-comedy (what is this, like, my third—sheesh.) so it’s more played for laughs than spooks but the visuals are top-notch and they didn’t skimp on the blood.

Gore Volume: Quite a lot actually for a Canadian horror comedy, eh?

Nudity Volume: None. Dammit. Would’ve loved to see more of Jessica Paré but she’s so gorgeous in this it kinda makes up for the lack of bare skin.

Best Scene: This movie lacks any real umph in every scene. But Looking back at some of it, I kinda like the seduction scene with Queeny and Jessica Paré in the beginning of the film. It was very well done and is the most menacing scene in this horror flick.

Worst Scene: Again, I must stress that this movie is not bad and it’s not great. Very middle of the road. If I had to pick a scene I didn’t like it would be the ending because it was very blah with Alice Cooper saying one minute that he’s going to kill them and the next to reform the band and that’s basically it. It left me wanting more to be honest. But for a movie that was well done as this, it’s really a minor nitpick. 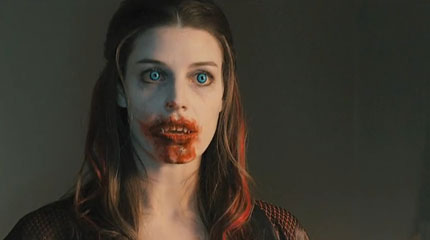 What? Do I have something on my face?

How ’bout the Tunes: I mentioned earlier how the music isn’t horrible and it really isn’t. It’s standard and mediocre  late 90s alternative hard rock/heavy metal, like 3 Doors Down, Puddle of Mudd and Chevelle. Which is fine but not worth too much to want to listen to over and over again. If they were more like The Darkness and Wolfmother then I’d probably dig it even more.

Band Rating: I would love to give The Winners a high rating. On the one hand they look good. They look like a real band and looks like they have the chops to actually play their music. However, their music is just OK and not really memorable so I’d have to give them Lick My Love Pump. 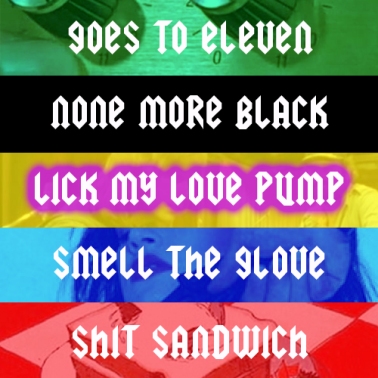 Overall: A really good movie. A decent horror-comedy to boot. It relied on a great deal of music celebrity cameos but they were all used well. Alice Cooper playing a devil/vampire at the crossroads is a great idea. Alex Lifeson (known for being the clown in the Canadian power trio, Rush) as a goofy border patrol guard works surprisingly well. Malcolm McDowell, though, steals the show as eyepatch-wearing vampire hunter Eddie Van Helsing. It’s always great seeing McDowell in a flick, especially a comedy where he doesn’t have to take himself too seriously. And that’s the one great thing about Suck—it doesn’t take itself seriously yet it’s not stupid or silly too much. It plays homage to hard rock music and horror films and also spoofs them as well. If it only had a killer soundtrack with some memorable singles then this flick would be up there with other horror-comedies like Shaun of the Dead,  Zombieland or Cabin in the Woods. It has great style and a ton of potential and I would still highly recommend it. 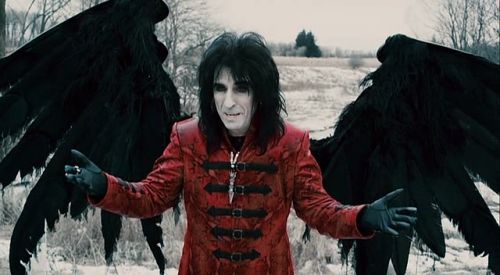