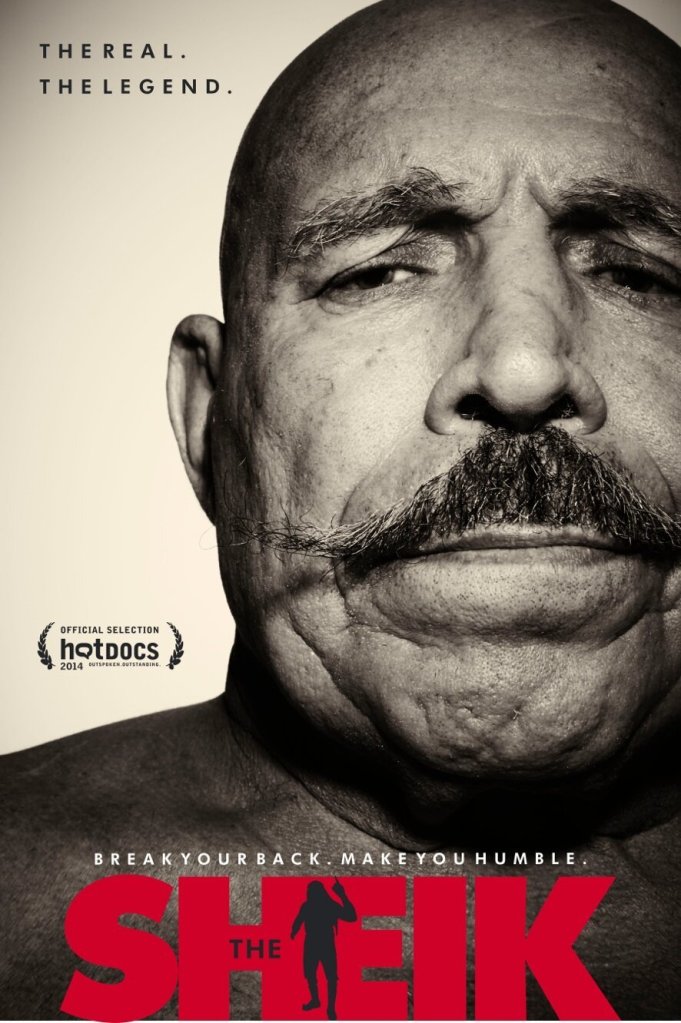 Directed by: Igal Hecht (The Hilltops; A Universal Language)

Synopsis:  An Iranian sheik visits America and travels to different cities on a diplomatic tour, breaking backs and making people humble in this fish-out-of-water tale.

Overall: The Sheik is a very interesting character, and his dynamic personality is the only thing that keeps this doc afloat, as it’s kind of a mess. The timeline is all over the place, and you’re unsure of when some footage is happening. Sometimes a graphic will come up that reads “Atlanta, 2010,” even though the year is seemingly irrelevant. Then in other scenes you actually want to know what year it is and they don’t tell you. The Iron Sheik’s life and career make for great documentary material, but it’s bungled here and the result kind of leaves you shrugging your shoulders at the attempt. It’s basically an episode of Intervention with The Iron Sheik, without the intervention part, and without being nearly as epic as that sounds. As the Sheik himself would say, this movie not Iron Sheik class, bubba.

3 thoughts on “Reel Quick: The Sheik”