1) Prior to the release of the film, Kevin Smith had mentioned releasing an MP3 file commentary to be downloaded and listened to in movie theaters via iPod [because that’s what you want, for people to not pay attention to the movie itself because it’s so god damn terrible you dumb fuck – ed]. Ultimately, theater owners and exhibitors objected, and the plan was scrapped. The commentary – which also features producer Scott Mosier and actor Jeff Anderson – was released on the DVD, unchanged, and containing references to the listener being in a theater, including the best time to take a bathroom break. 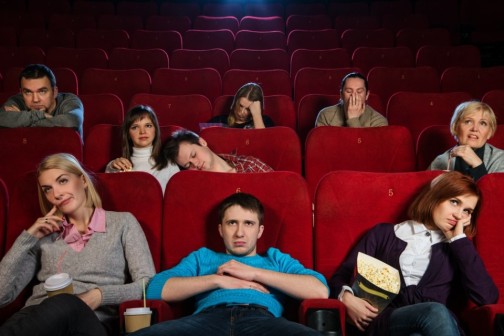 2) Despite studio objections, Kevin Smith vehemently insisted that the movie be set in a fast food restaurant. The producers finally acquiesced after Smith bawled and stamped his feet on the floor of their office for more than three hours. When filming began, it quickly became evident why Smith was so adamant about the setting, as he wasted whole shooting days making obscene amounts of french fries and cheeseburgers all for himself, then going through a sad cycle of gorging, crying, and rubbing the food all over his bulk. Once, actor Brian O’Halloran asked if he could have a cheeseburger, too, and Smith cleanly bit off all of the fingers on O’Halloran’s reaching hand, which is why you never see Dante’s right hand during the entire movie. In another incident, when actress Rosario Dawson asked Smith if they were going to film a scene that day, Smith slowly, slowly got up, smeared a wad of fries all over a camera lens, then filmed himself puking into a deep fryer. That footage is considered to be the best Kevin Smith film to date.