As part of our pseudo-mini-Batman-tribute this week, let’s take a look at how the Caped Crusader stacked up against the box office competition in the last year of the ’80s.

You know, people complain these days that every movie is either a superhero movie, sequel or reboot, and sometimes all three. Well, 1989 makes 2014 look like 1975 (that makes total sense).

Let’s take a look at the top 10 highest-grossing films that year:

Clearly, Batman batblasted the competition that year, beating Indiana Jones pretty handily and making over $100 million more than distant-third place Lethal Weapon 2, which is the one where Joe Pesci was introduced to form a love triangle with Riggs and Murtaugh. But back to Batman and its own love triangle of Bruce Wayne, Alfred, and Bob, Batman was the biggest hit since Return of the Jedi in 1983 (freaking Rain Man was the highest grosser in ’88), and really ushered in a new era of blockbusters making huge money, followed by the likes of Terminator 2, Aladdin, Jurassic Park, Forrest Gump, Independence Day, and on and on. It was as if studios finally figured out, “Oh, it seems that people like these big, colorful event-type movies. Maybe we should make more of those?” Which somehow they hadn’t really grasped the concept of outside of Spielberg and Star Wars. Of course, for some reason or another, the superhero movie didn’t really gain full traction until more than a decade later when X-Men surprised people and Spider-Man blew its webbing everywhere. In between, we had three Batman movies, and Batman Returns and Batman Forever did ok, but they weren’t the mega-hits that Batman was. Then, of course, Batman & Robin came along and splashed acid in the faces of moviegoers everywhere. But it’s really odd that besides Batman, there were literally no other big-budget, big-name superheroes even attempted in the ’90s. Superman IV had basically destroyed Superman, and no one realized what a reboot was at the time. X-Men and Spider-Man basically spent the entire decade in development hell (likely because everyone was scared shitless of Marvel properties after the 1990 Captain America), but that worked out for them in the long run. But Batman remains this lone superhero megahit in those years, earning the equivalent of $501,118,800, a bit behind The Dark Knight but well ahead of Batman Begins and the laughably bad The Dark Knight Rises. 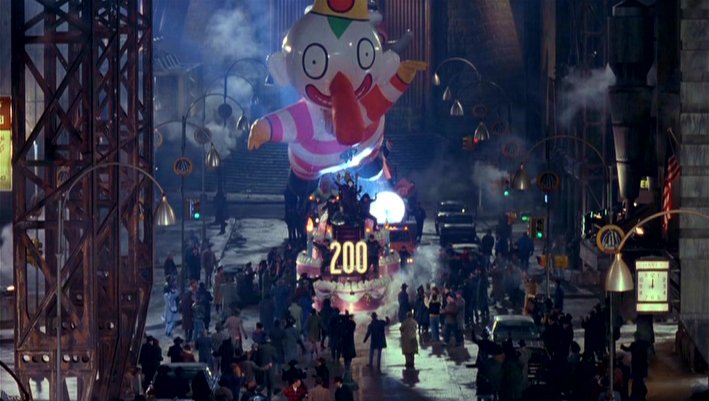 That clown balloon was a better villain than Bane.

So in addition to that little superhero movie, you may have noticed the many sequels present in that top 10. Indiana Jones and the Last Crusade was a great film that did great ($393,355,300 in today’s money), and should be fondly remembered as the final film in the Indiana Jones trilogy, with no further sequels ever being produced. Lethal Weapon 2 was expected to do well and it did, because we were all Gibson and Glover crazy back then, and everybody viewed Mel Gibson as a super nice, funny guy who would never say a mean word about anyone. Back to the Future Part II, possibly the greatest Part II of all time, underperformed a bit considering the blockbuster success of the original in 1985, which made $210 million. Same goes for Ghostbusters II, which made less than half of what the original did five years earlier ($229 million). Probably because Ghostbusters II is uncomfortably awful.

There were a lot of other sequels in 1989 that… didn’t perform so well. My theory, as a professor of box officeology, is that they didn’t make much money because they all sucked moose taint:

The rest of the big moneymakers in ’89 are a pretty mixed group. Look Who’s Talking was a pretty big surprise considering it was a talking baby movie that starred a pre-Pulp Fiction John Travolta and Kirstie Alley, but people loved Bruce Willis then. Honey, I Shrunk the Kids was a Disney special effects sugary comedy, so it of course did well. Surprisingly, The Little Mermaid didn’t make nearly as much as you’d think, with just $84,355,863. However, it was the first Disney princess movie since Sleeping Beauty, so maybe folks just weren’t ready to embrace that genre yet. But their kids are gonna love it.

Let’s close out with a quick look at some other notable pictures of 1989: 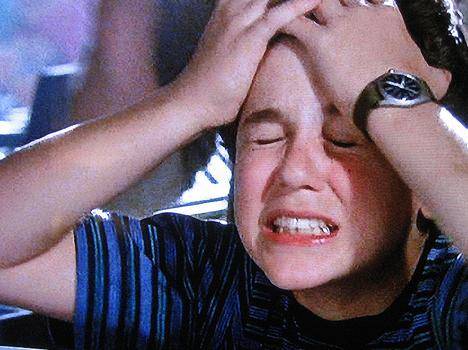 Check out Box Office Mojo to see the complete list of 1989 box officers!