Released in the summer of 1975, Jaws is widely considered the first true summer blockbuster by respected film scholars such as Professor Popcorn, and despite the fact that he’s been drinking perfume again, he’s right. Jaws was a complete phenomenon, with people literally lining up around the block to see it, something I haven’t actually seen in my lifetime since the release of Return to Savage Beach. 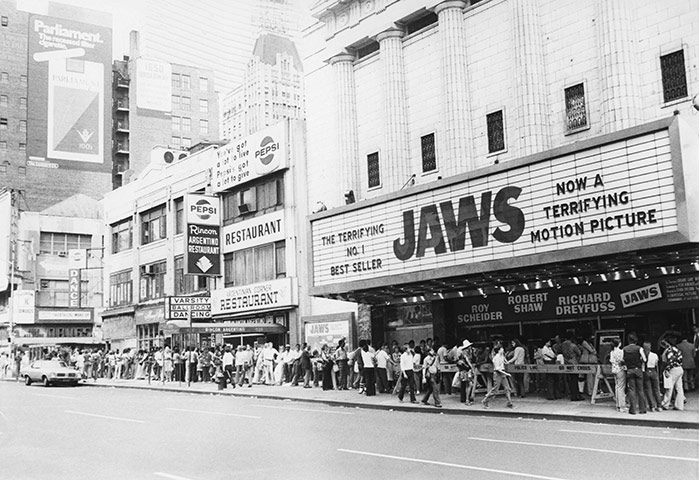 After its massively extended run finally died down, Jaws tallied up an unbelievable $260 million that year, which adjusted for inflation, is roughly $1.1 BILLION. Stick that up your Life Tree, Avatar.

So since Jaws made more money than anyone had ever imagined possible at that point, who took runner-up? The answer may SHOCK you if you’re easily shocked or are reading this while eating a plugged-in lamp. Was it:

If you said Dolemite, then you’re a rat-soup eatin’ muthafukka!! But if you said The Rocky Horror Picture Show, well, you’re kind of right. The Rocky Horror Picture Show actually made very little in 1975 (I can’t find the true 1975 number anywhere). It opened small and didn’t receive a ton of attention until April 1, 1976, when its now-infamous midnight showings began, and the movie caught fire as a cult phenomenon. Since these showings have been occurring on a consistent basis for the past 38 years, technically the movie is still considered to be in its theatrical run, bringing its total gross over that span to roughly $140-175 million, which can’t really be adjusted for inflation since it’s been out for so long, even though we’re all pretty sick of hearing Time Warp.

So in reality, One Flew Over the Cuckoo’s Nest was the second-biggest moneymaker for the year 1975, pulling in about $109 million (about $466 million today), which is pretty outstanding for such a powerful drama. Red hot off Chinatown the year before, Cuckoo’s Nest getting him his first Oscar, and having intimate relations with a young Anjelica Houston at the time, everything was coming up Nicholson! He even got to sing in Tommy, which wasn’t a huge hit but pulled in a decent $34 million that year, and he probably got a piece of Ann-Margret.

And Jill St. John shortly thereafter… which doesn’t have much to do with this article… yes, I just wanted to post a picture of Jill St. John.

But since everybody was busy seeing Jaws and One Flew Over the Cuckoo’s Nest was getting all the awards attention, the rest of the releases that year didn’t really rake in huge money like they did, but still performed pretty well. Dog Day Afternoon and Shampoo were the next-highest grossers, but made less than half of what Cuckoo’s Nest did (around $50 million). At around $215 million in today’s money, though, that ain’t too bad.

Also performing well was Peter Sellers’s return to the Pink Panther in… Return of the Pink Panther, which made roughly $42 million, about the same as Robert Redford’s Three Days of the Condor. Meanwhile, the sequel to Funny Girl, the oddly titled Funny Lady, managed to make more than $40 million despite starring Barbara Streisand, but much less than Funny Girl made in 1968 ($58 million).

To prove that 1975 was a different, simpler time, The Apple Dumpling Gang, starring Tim Conway and Don Knotts, of all people, managed to gross $37 million, about $158 million today. Why did you do that, America? 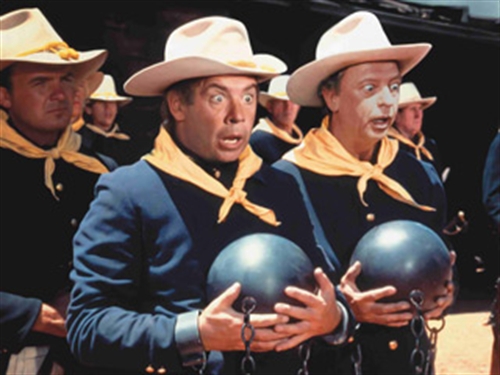