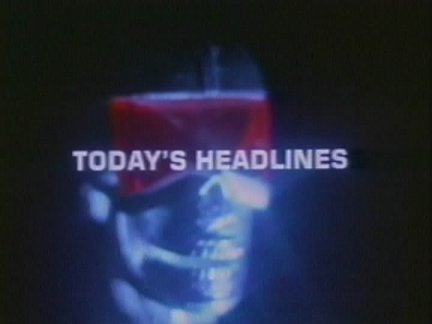 UPDATE: He’s still gone and we’re seriously thinking of docking his pay. Do you think he’d mind? I’ll just handle this today, even though I’m nowhere near R.O.T.O.R.’s level:

Elmore Leonard has died. R.O.T.O.R. may be responsible, I don’t know. Maybe that’s what he’s been doing? What crime did Elmore Leonard commit?

Star Wars Episode VII is likely getting pushed to December 2015, which is good because at least everyone will have the holidays to look forward to if this sucks.

I just think this is funny, Melanie Griffith says she can’t get roles because Hollywood is “superficial”? Really, you think? But it probably doesn’t help that you look like Gollum’s sister and were always just a horrible actress.

Ultron won’t be in the Ant-Man movie even though Ant-Man invented Ultron in the comics, or something like that. Listen, you want to know about killer robots then R.O.T.O.R. is your guy.