We watch a lot of movies that we just don’t have the time to write about, so Reel Quick is a new feature where we provide our expert opinions in bite-size pieces.

Synopsis: George Caldwell (Gene Wilder) gets caught up in some murder and espionage on a train, and Grover Muldoon (Richard Pryor) helps his white ass out.

Best part(s): Gene Wilder trying to elude the authorities by putting on black face and trying to be “jive.” 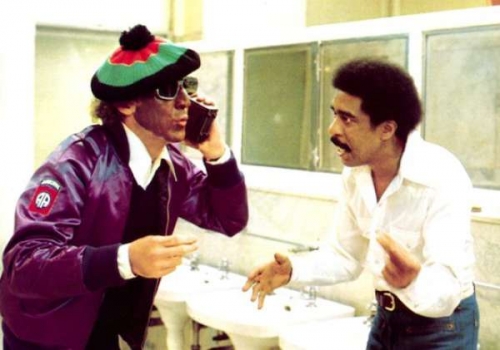 Best line(s): [Grover is attempting to hot wire a Jaguar]

George Caldwell: Are you crazy? I thought we were gonna take the Chevy in back.

George Caldwell: Pure pussy? Tell that to the judge.

Nudity: I think I saw one of Ray Walston’s testicles but I’m not sure.

Overall: Not as funny as you’d expect it to be, but worth a watch. Tries to be North by Northwest but stars fucking Gene Wilder and Richard Pryor, even though Pryor doesn’t show up until an hour into the movie. But since I love those guys like my own grandfathers, I enjoyed it.