1) Chris Columbus had storyboarded a few scenes in which Kevin would have a dream where the house would come to life. One included the evil furnace in the basement which would chase him to the stairs and another which several toy nutcrackers would come to life along with the house. The scenes however would have been too expensive on such a tight budget and the ideas were dropped.

2) Screenwriter John Hughes came up with the idea based on his real life experience of robbing houses while rich families were away on Christmas (he would also urinate on every single piece of furniture in the house, the basis for the more family-friendly “Wet Bandits” idea). During one of these robberies, he came across a clever little boy who tried to thwart his crime by stabbing Hughes in the gut with a pair of scissors duct-taped to a hockey stick. Despite massive bleeding from his wounds, Hughes managed to kidnap the boy and raise him to be the greatest actor of his generation. And that boy’s name was Anthony Michael Hall. 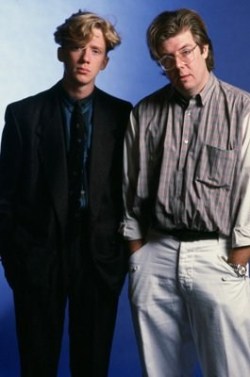