What’s It About: Not long after the events of the first film, Chucky the killer doll is rebuilt and reborn and sets out to find his previous owner, Andy Barclay, so he can transfer his soul into Andy’s body to become human again. Andy however, is wiser this time around to Chucky’s plan. 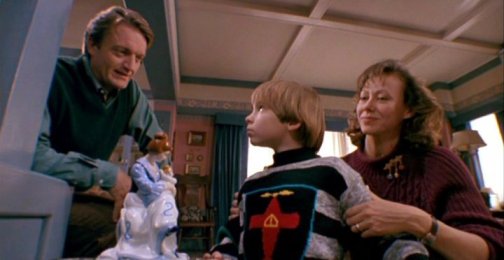 You touch this statue Andy and you will be smothered in honey and left outside for the fire ants.

Cruisin’ and playin’ the radio
With no particular place to go.

Is It Actually Scary: No more and no less than the original. Chucky does his usual schtick with the yelling, cursing and jumping to life to kill someone.

How Much Gore: I’d have to say less than the original. He electrocutes one guy, suffocates another and the other 3-4 kills were minimally gory.

This is how I feel watching this.

Best Scene: For lack of a good and memorable scene, I’d have to say the finale in the Good Guys toy factory.

Worst Scene: There’s a plethora of bad and dumb scenes in this quick cash-grab sequel. Pick one. I mean just the fact that the Good Guy company decided to rebuild the same doll again after a horrific series of murders involving the doll is absurd. There’s zero reason to rebuild a burnt and destroyed toy to make the same exact toy that is made en masse in your factory every day.

Any Nudity: I’m afraid you’ll have to see Walkabout to see any of Jenny’s a-gutters.

Overall: I don’t know why I only saw the original Child’s Play when I was younger but after seeing the next two sequels I now know I didn’t miss anything. Out of all the horror icon franchises, the Child’s Plays have to be up there with the Leprechaun’s with being so redundant, dumb and insipid. This sequel brought nothing new to the table at all. It was basically a carbon-copy of the first one but less scary, less gory and less talent involved. If you’ve never seen it, don’t worry and if you’re wondering if it held up after all this time since 1990, don’t bother either. 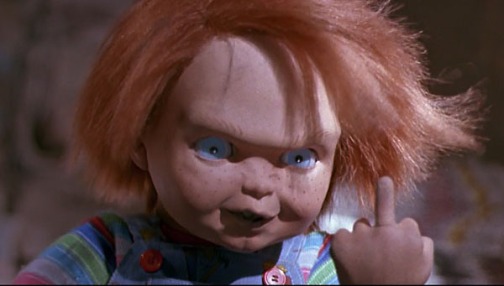