Schlocktoberfest XI – Day 28: The Last House on the Left

What’s This About: The creators of both Freddy and Jason team up in their first feature to deliver… this… 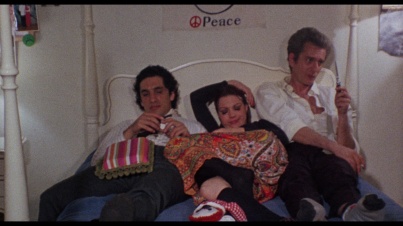 Final Thoughts: I pretty much hated every second of this. There was nothing remotely interesting about it and it was an absolute chore to watch. I seriously don’t know why there was controversy surrounding it all these years. I’m sure for 1972 this was controversial, but 50 years later, it’s just a bunch of assholes walking around the woods. I understand that they had limitations with budget and whatnot, and weren’t technically capable of showing a lot of makeup effects because of that. It picks up just a bit at the end, but so does your average prostate exam. The parents taking revenge on their daughter’s murderers was semi-interesting as a premise, but was executed as badly as when Thomas Edison electrocuted those elephants to death. Mari’s murderers staying in her parents’ house should have created a lot of tension, but it just falls flat. Oh, and the title sounds cool, but it makes absolutely no sense whatsoever. Once again, I do not know what my dad was thinking. This movie makes Mortuary look like Nightmare on Elm Street… 3!

3 thoughts on “Schlocktoberfest XI – Day 28: The Last House on the Left”