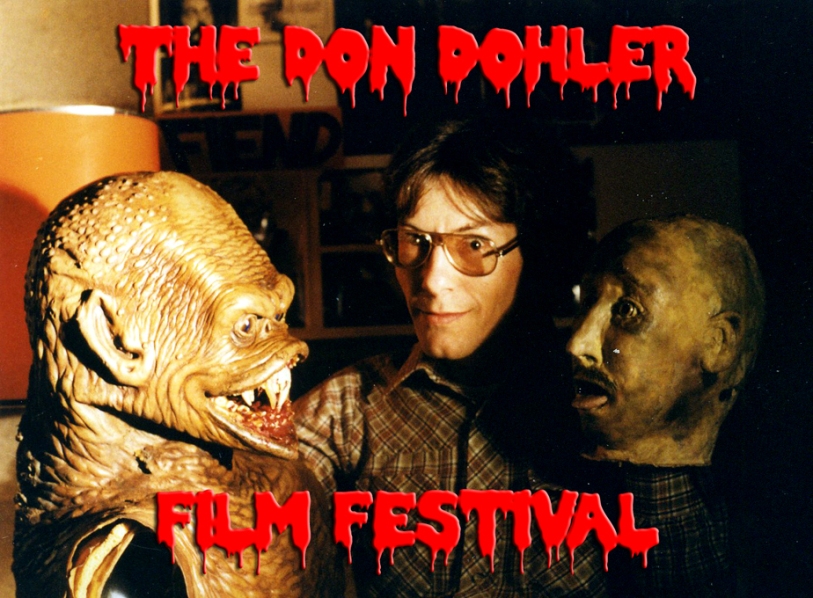 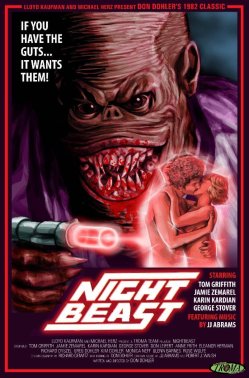 Mission Log: An alien cruising our galaxy crashes on Earth and just starts killing everyone it sees.

Here are some of my observations during playback:

Scare Stars: You are too busy laughing and yelling at the screen to be afraid of anything.

Gore Galaxy: Fair amount of blood, some guts, an arm ripped off, and a decapitation. Dohler never really disappointed in this department.

Heavenly Bodies: Thanks to Deputy Lisa and Suzie.

Best Transmission: “I’m not gonna budge, I want these people outta here now!” In other words: Larry, summer’s over, you’re the mayor of shark city! These people think you want the beaches open!

Best Visual: Don Leifert was tragically underused in this movie, so whenever his character of Drago shows up is a treat.

Worst Visual: I would have to go with Sheriff Cinder and Lisa’s sex scene. Lisa was pretty hot, but seeing Cinder au natural forces you to cry to yourself silently while counting his liver spots.

Damage Report: I have a huge soft spot for Don Dohler and his movies, they never take themselves seriously and they try as hard as they can within the budget they’re given. The guy was a great amateur filmmaker, and I think he should be as admired as my favorite Baltimorian John Waters. I’d love to see a midnight movie double feature of this alongside Pink Flamingos. Anyhoo, have some fun with his movies for chrissakes, and remember – don’t call the mayor Bertie!