What’s It About: The trials and tribulations of witch hunters in 18th century Austria. If you’ve seen one, you’ve seen them all. Actually according to the poster it’s “Positively the most horrifying film ever made!” So it’s got that going for it. Which is nice. 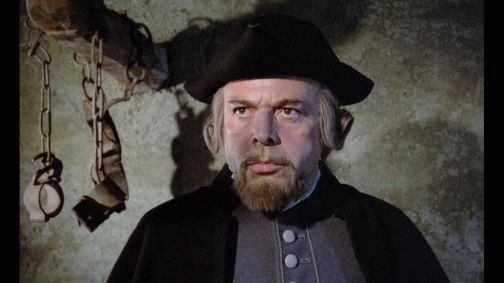 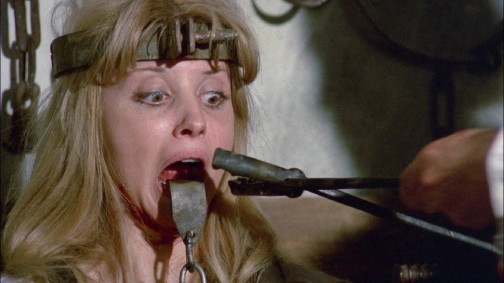 Scare Level: The poster lied. It was not “Positively the most horrifying film ever made!” The poster also states that no one will be able to see the movie without a barf bag. Great gimmick but totally overblown.

Gore Level: Well here is where the movie succeeded as it did a decent job showing the ‘ol blood and guts. Frankly, it wasn’t up to the more modern horror movie gore sensibilities but for 1970 this must’ve been the Hostel of its time.

Nudity Level: A few bewbs here and there if memory serves.

Best Line: “She’s a witch…she’s mixed frogs and toads with her own blood.” I’m still not sure what sense this makes but it’s clever enough.

Best Scene: You would think a movie that featured heavy use of torturing that I would pick a torture scene. Nope. It was Albino’s death scene because they cleverly used the rollicking spinning plate to make it creepier. The torture scenes weren’t that impressive or gross enough for me. What?

Worst Scene: The movie’s really rather dull despite its serious and somewhat historical atrocities. The music and the overdubbing alone ruined most of the tone. But if I had to pick a scene it would have to be the death of Udo Kier since it was so lackluster to me. They tried to enhance his demise with tension, with the will-he-or-won’t-he be saved trope but it really didn’t work.

Level of Hell: If anyone used those barf bags while watching this film I’d be plum surprised.

Overall: Honestly, I wasn’t expecting much from this movie. Any boast of “positively the most horrifying film ever made” is bound to be hyperbole especially since this movie is rarely mentioned in any horror movie discussion. Still it wasn’t a terrible movie I suppose but I’m sure I’ll quickly forget about it. I really wish they had better sound design and musical score. Seriously, you shouldn’t have any lush and happy orchestration when the central theme of your movie is torture and witch-hunting. Having a more foreboding or creepy score certainly would’ve enhanced this dull picture. They were going for a more historical, Hammer films-type of feel to the movie which is OK but they could’ve done a whole lot better with it. 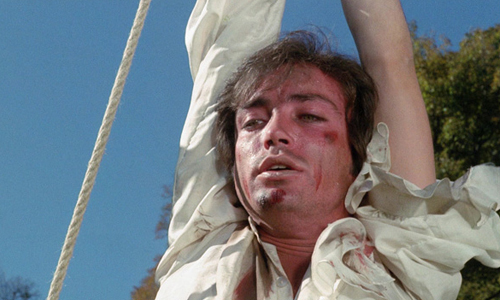