What’s It About: Billy “Eye” Harper is on the edge of Rock Stardom when he suddenly turns psychopath and kills his engineers and whoever else is in the studio. He’s caught, tried and executed and two years later is seemingly back from the dead to enact revenge of his girlfriend and her friends, who have eclipsed Billy as rock stars.

Scare Volume: Billy is an intimidating psycho killer and can easily rival most cinematic serial killers. He’s way creepier than Billy in Silent Night, Deadly Night (what’s with the name Billy anyway?). I wasn’t shaking in my Doc Martens or anything but this movie was better than most when it comes to adequate creepy atmosphere and decent scary characters.

Gore Volume: Billy is no slouch in the maiming department and even does stuff that I haven’t seen before.

Best Kill: Never saw a victim dispatched with a clothes iron before. Especially to the throat! 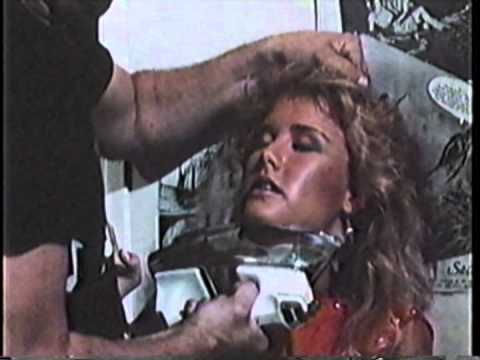 Best Scene: I would have to go with the awesome live concert finale. Very little edit cuts from the stage, great soundtrack and performance and a silly and dumb final death scene. That scene was tough to beat. Check out the clip below.

Worst Scene: The movie kinda dragged a bit in the middle and the scene when Billy chases Lynn around the log cabin house and plays cat-and-mouse with her was weak. But overall this movie could’ve been way worse.

How ’bout the Tunes: Friggin’ stellar! There’s really just one band which was fronted by Billy until he went haywire and then it became Lynn’s band. They play a few songs, a few a couple of times and the final concert has 3 songs played in their entirety. Here’s the three best songs:

Band Rating: It says something that when after I watched the movie, the very next day I downloaded the soundtrack and have already listened to it a few times. It’s cheeseball early 80s metal and it’s awesome. 11! 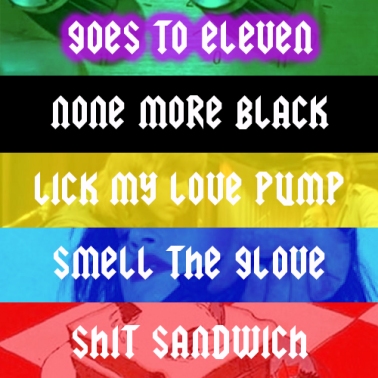 Overall: I am shocked! SHOCKED that ROCKTOBER BLOOD was as good as it was and that we’re opening Schlocktoberfest with a bang! There’s probably no reason to continue on. At first Billy looks nothing what you’d think a metal rocker from the early 80s would look like and once I saw him on screen I was apprehensive but the music more than made up for that. And once the killing and maiming and intimidating from Billy started I completely bought it, hook, line and sinker. Lynn is a total moron but she makes up for it in looks and her stage persona. It’s decently paced, not too many really dumb moments that make you roll your eyes and just pure horror cheesy fun. I highly recommend this and hope it gets a decent DVD or Blu-Ray release in the near future. Like I said a few times, I already downloaded the soundtrack because it was so good and that too, should be reason enough to check this out. 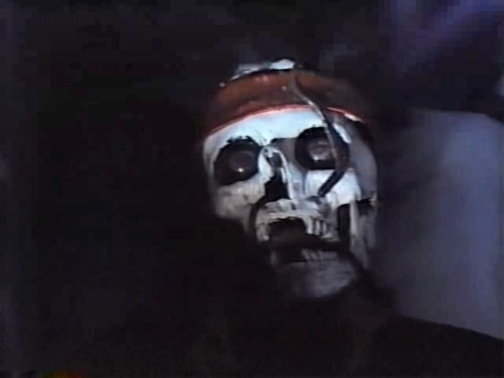 Everybody’s rotting for the weekend.

Score: 9 Headband Wearing Corpses (out of 10)