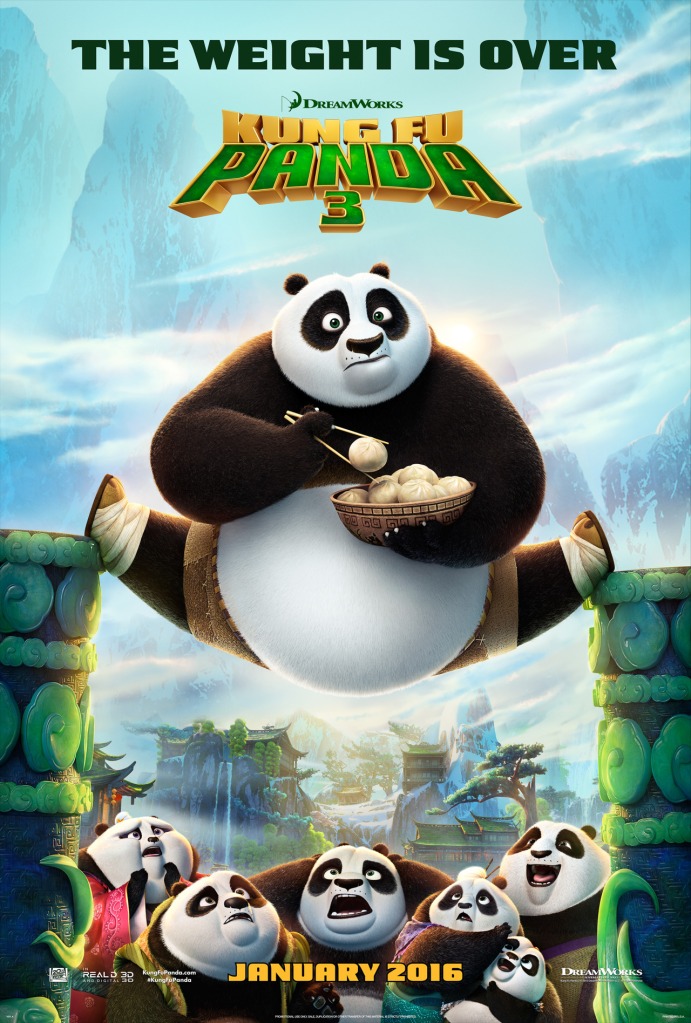 Annnd they’re all staring in horror at his nether region…

Synopsis: Unseen super 8 footage from 1972 of a drunken Bruce Lee punching and kicking pandas to death in the Hong Kong Zoo.

Would you be able to sit through it?: Yes. It’s silly fun and is short enough that it doesn’t drag. Unlike the majority of kids films Kung Fu Panda films have cool action scenes between animals that dad bros will enjoy and touching animal emotions and romance that weird moms will enjoy.

Any scary/violent parts?: Most of the film is “violent” but it’s of the cartoony fun kind and if you take that away you’re just left with Panda 3 and no one wants to see that.

Anything that will screw up your kid’s head?: *spoiler* At one point there’s a flashback of Po’s mother putting him in a turnip box to protect him from marauders and she goes off to distract them and will obviously be slaughtered. After that scene I heard a kid in the theater ask his parent why she ran away and left Po. To which the parent should have replied, “If you don’t shut up, you’ll find out.”

Any lessons to be learned?: Choose your own path, but accept your fate… it’s a little muddled. Play up your strengths. Two dads are better than one.

Recommended age: 3. Although the littler ones likely won’t get a lot of the philosophical talk, the movie is really harmless unless you don’t want your kid seeing a goose fight a jade baboon.

3D?: We didn’t see this in 3D, but during several scenes (especially those set in the spirit world) I wished we had because they probably look really cool.

Rent it, buy it or avoid it?: Burent. I enjoyed this picture, more than the last few kids movies I’ve seen in the theater, Inside Out included. While I acknowledge that Inside Out is a better movie, Kung Fu Panda 3 is more fun, focusing on action and adventure while still containing emotional elements, just not as heavy-handed. The voice acting is great, even though Bryan Cranston and J.K. Simmons sound remarkably alike. Speaking of the voice acting…

Fun Fact: I seriously thought James Hong had recently died and thought throughout the movie that whomever was doing Mr. Ping’s voice was doing a damn fine imitation but then the credits rolled and James Hong was listed and I thought that it must have been his last performance but nope, he’s still alive. Good for him!

Overall, while not a classic that will be fondly remembered for generations, this is a solidly fun flick that’s beautifully animated and balances kung fu and cuteness very well with family bonding and more kung fu. There’s no reason you or your children or your abandoned turnip children shouldn’t get a kick out of it.