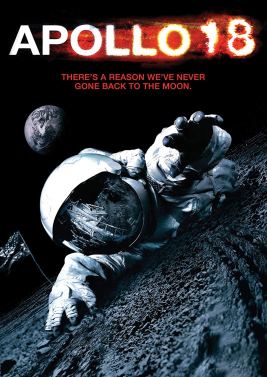 Coordinates: Have you ever wondered if there was a secret Apollo mission that was never revealed because of moon crabs? No you have not.

Scare Stars: I’ve long held a theory mostly brought about by Schlocktoberfest that you cannot be scared when your mind is completely numb from confusion and boredom.

Gore Galaxy: It’s more like moon mummies? Was the astronaut who was infected gory? Who am I talking to?

Nudity Nebula: You expect a devil’s triangle between the crewmen but it never happens.

Space Vacuum: Yeah I mean, it’s all in space and on the moon, but a lot of it is shot in the LEM, which looks like a metal storage shed and likely was.

Best Visual: This scene was weird and came out of nowhere, and I don’t think these two guys were in the movie before now, but it was way more interesting than anything else that happened.

Worst Visual: Like I said, they went for a ’70s look and feel but failed pretty miserably. Not once does it really seem like you’re watching sound found film from 40+ years ago. It seems like you’re watching a cheap film some jabronies put a filter on with their home computer.

Universally: My old buddy Smash once said that space movies are no good unless there are aliens. Normally I like NASA movies, and this movie has both, and it’s the most boring pile of moon shit this dark side of my ass. I was driving the other day and thinking about the Schlocktoberfest movies I had already watch and I knew I had watched five up to that point but could only name four and for the life of me I couldn’t figure out what the fifth one was until I got home and looked up my notes on my phone. It was Apollo 18. And I think that sums it up pretty perfectly.