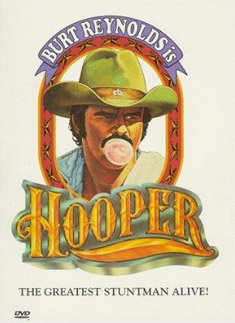 The Scene: A Job For the Golden Helmet!

Why I Love This Scene: Rumor around the inter webs is no matter how much we rain praise on director Hal Heedham, you people are just not caring enough to watch his flicks. Well, not like you deserve another reason—but you may NEEDham another reason—so here’s one. 1978’s Hooper starring Burt Reynolds as “the greatest stuntman alive!”, Sally Field and Jan-Michael Vincent as his up-and-comer protege.

This is scene is great not only for the wonderful cameo by the one and only Terry Bradshaw and Robert Tessier (who played Thor in Starcrash!) but because it’s a bar brawl with humor. When was the last time you saw a good-old fashioned fisticuffs in a rowdy, country/western bar? Bar brawls are as American as apple pie in my opinion. One of my bucket list items is to be involved in a honest-to-goodness bar brawl with bottles a-smashing and stools a-flying. I don’t even have to be on the winning side, I just want to throw some random punches and laugh about it over beers later on with the same opponents. Some of the greatest friendships started from scuffles I bet.

3 thoughts on “Shake the Scene: Hooper”