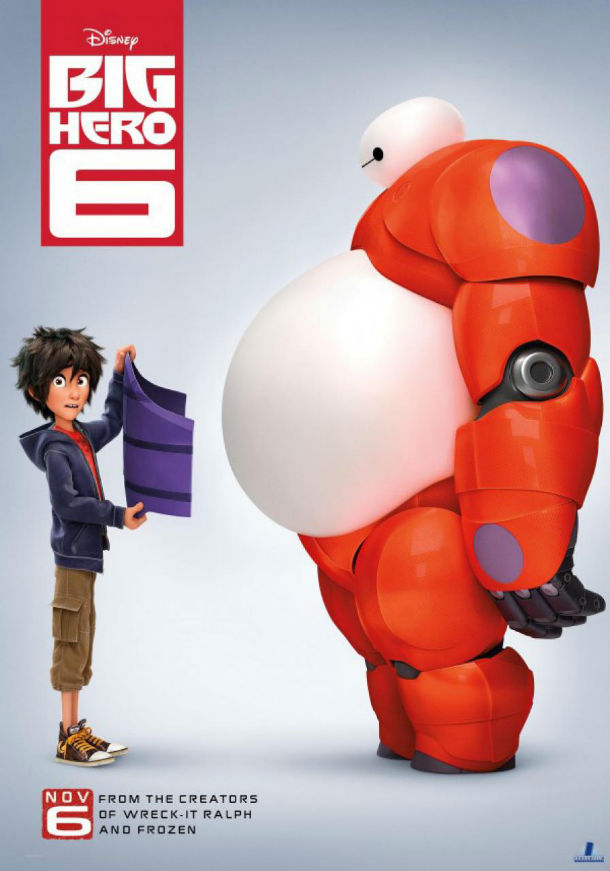 Would you be able to sit through it?: Totally. It’s a cool movie about super heroes and there aren’t any musical numbers.

Any scary/violent parts?: The initial introduction of the villain and something that happens to someone can be a bit rough, but not overly scary. The battles between the heroes and the villain are cartoony.

Anything that will screw up your kid’s head?: Not if they’re big fans of death. Not the band, the end of life.

Any lessons to be learned?: Healing from tragedy; teamwork; robots are better than people.

Recommended age: 6. Nothing too scary or overly violent, but a lot of death stuff.

Out of all the movies I’ve seen with my daughter at the theater, I probably enjoyed this one the most (at least on par with Monsters University). Unless you’re a Luddite or your family was killed in a robot fight, there’s no reason you or your child won’t have a blast with this one.

Now for a little nitpicking. The villain looked cool, but there doesn’t seem to be any real reason for him to be wearing a kabuki mask, other than it looking cool. There’s nothing in that character’s backstory that indicates any sort of connection with kabuki. He could have just as easily been wearing a beekeeper’s mask, and it would have made the same amount of sense. Plus, it seems like he could have carried out his plan without all the villainy.

Also, there’s a long chase scene where our heroes are running from the villain throughout the streets of San Fransokyo, which is a huge, bustling metropolis, yet there isn’t one other car driving around at the time. The city is basically abandoned to clear room for their chase, and it’s not even the middle of the night or anything. Again, not a huge deal, but pretty cheap convenience-wise.

My Daughter’s Review: “I love Baymax!” said several times over the weekend.

Short Film: All Disney and Pixar films are required to have shorts in front of them now, and this one, called Feast, was very cute and pretty touching. IT wasn’t quite as cool as the 3D Mickey Mouse one in front of Frozen or looked as good as The Blue Umbrella in front of Monsters University, but it’s a very well-done story that tugs at the spaghetti strings of your meatball heart.