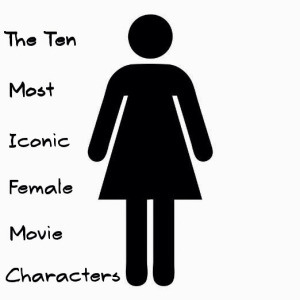 WHAT’S THIS ABOUT??: A list of 10 iconic female movie characters has been made. That list will be assigned to another blogger who can then change it by removing one character (describing why they think she should not be on the list) and replacing it with another one (also with motivation) and hand over the baton to another blogger. Once assigned, that blogger will have to put his/her post up within a week. If this is not the case the blogger who assigned it has to reassign it to another blogger. (as written by Dell on Movies – the creator of this idea)

Reigning Miss Texarkana Eric Isaacs of The IPC (Insensitive Panda Carnage) handed this off to me after he chose Laurie Strode, who is exactly who I would have chosen, because Eric is like an aunt to me. 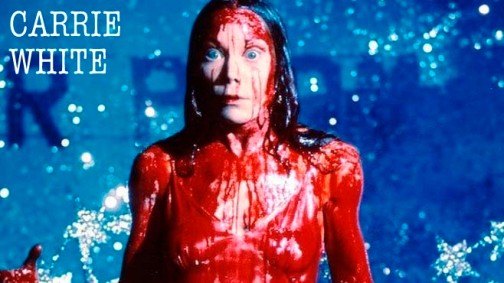 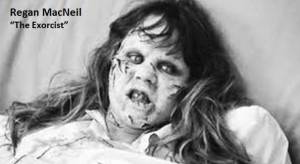 So I really didn’t know who to pick for this. Everyone I thought of had already been done, and I think the list as it stands now is very solid and everyone deserves to be there. What I was struggling with was the word “iconic.” There have been a lot of great female characters in movies I love: Trash from Return of the Living Dead, Kiani from North Shore, Ellie from Jurassic Park, Lorraine from Back to the Future, Buttercup from The Princess Bride, Old Lady Bakewell from Fat Albert’s Halloween Special, all the ladies of the L.E.T.H.A.L. Force, etc. But are any of them “iconic”? Not really. So, stumped, I turned to the expert:

Well, you can’t argue with that. Elsa is pretty kick-ass, and in the short span of a year has become quite the icon, at least to little girls. And she also seems to be a big hit with cosplaying women and cross-dressing men. Also, when we went to Disney World a few months ago, there was a 5-hour wait to see a woman dressed like her. You think people are going to wait 5 hours to see Rosemary Woodhouse? No. So, sorry, Rosemary, I like your movie but really you just moaned the whole time. And you can’t shoot ice out of your hands. You’re officially on maternity leave.

The kid has spoken. Thanks, jelly bean! 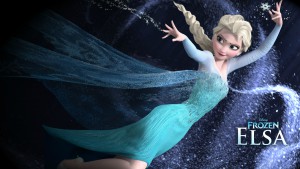 Now, I pass this ladytorch on to my best friend since the second grade and one of the only people alive who know the secret formula for Crystal Pepsi, Melissa from Snap Crackle Watch! She will no doubt choose Tom Hardy.

9 thoughts on “The Ten Most Iconic Female Movie Characters – Blogathon”