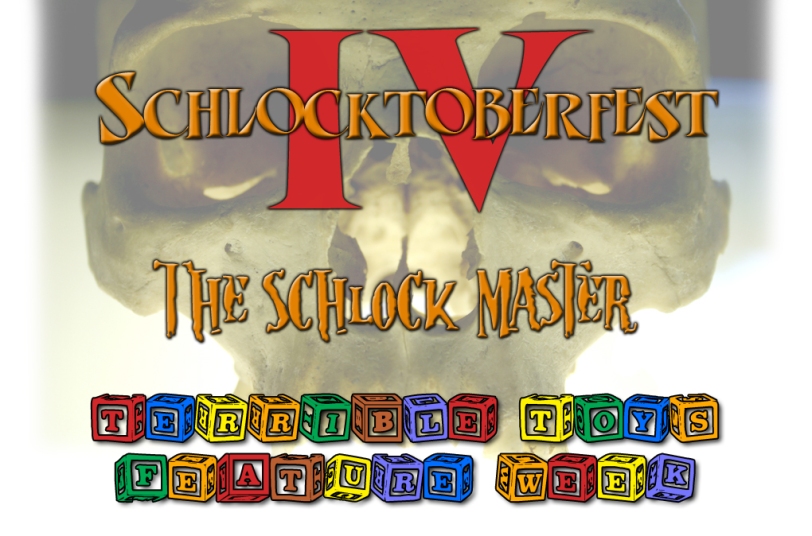 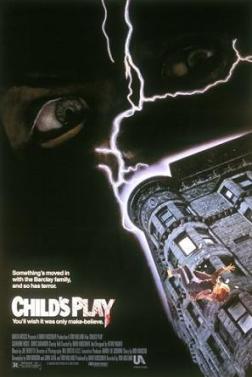 What’s It About: Young boy, Andy Barclay only wants one thing for his birthday— A Good Guy’s doll! However, the one he gets for his birthday is possessed by the soul of infamous serial killer Charles Lee Ray. In a race against time and logic, Chucky must try to possess Andy in order to become human again. This is also the plot for the next two sequels.

Is this the limited edition 12″ Storm Shadow?!

Is It Actually Scary: A very decent slasher movie. Still holds up as a classic in the genre to this day. It actually has some genuine scary moments and Chucky is one ugly doll despite the suspenders and striped-shirt and cute shoes. Brad Dourif, who voices Chucky, is as always an excellent villain and brings a lot of weight to the character. 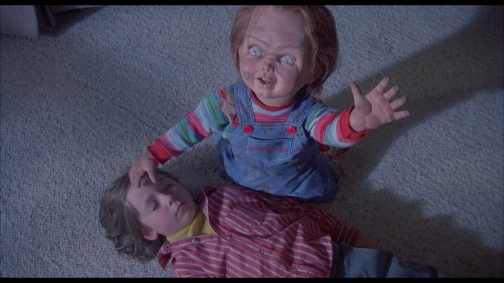 OK Andy, show us on the doll where uncle Bob touched you.

How Much Gore: Chucky disposes of his victims in varying ways and not all of them involve stabbing utensils. The aunt is thrown from a window and one of his victims is fried to death by a defibrillator. So there’s some grisly deaths but not that much gore per se.

Best Scene: I was always impressed by the defibrillator death scene.

Worst Scene: There’s really nothing that stand out as worst. This film is good by today’s standards but the ending is just as bad as The Return of the King with how many deaths Chucky goes through. First he’s burned. Then he’s shot a few times even severing his head! Then he somehow pops out of a ventilation duct and is again shot but this time in the heart finally ending the film. But not the franchise! 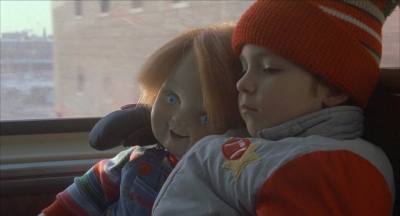 Any Nudity: Not really. Chucky has a steamy sex scene with a Kid Sister doll but there’s no genitalia.

Overall: Chucky was never my favorite slasher villain. Back in 1988 I watched and enjoyed this movie a lot but since I never saw any of the following sequels shows how much I didn’t love Chucky. I mean with Brad Dourif as the voice, he’s great but the movies are hard to suspend the belief that a 2 & 1/2 foot tall doll can over power most people. Like I said it still holds up as an original concept horror movie and is totally worth watching. Tune in this week for my reviews for the next two sequels.