1) While this film is inspired by the life of John Nash, there were elements from his life that were deliberately omitted: 1) he was married twice, both to the same woman (Alicia Nash); 2) in the past, he had several affairs with both men and women; 3) he was arrested by the police by scandal; 4) He fathered a child out-of-wedlock in his twenties; 5) he believed that through his mental illness the extra-terrestrials spoke him, giving his advanced knowledge by means of cosmic connection with them; 6) he tried to renounce to his American nationality some times, in the belief that the USA government pursued him; and 7) he made numerous anti-Semitic comments during his period of extreme mental illness, most of which equated Jews with world Communism. 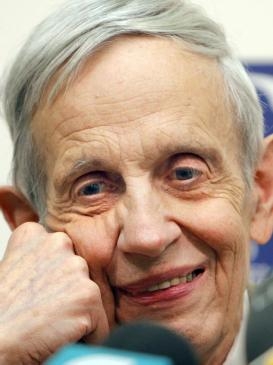 2) With his alcoholism out of control, Russell Crowe refused to read the script and took the title literally, undergoing a surgery to have the top half of his skull taken off and having one of the finest makeup artists in Hollywood apply lipstick, mascara, eyeliner and rouge to his brain. The procedure scrambled his mind to the point where he couldn’t recognize anyone’s face and he attacked director Ron Howard with a pickaxe handle every time he saw him and refused to film the movie. After several beatings, a bruised and bloody Howard desperately tried to get the crazed Crowe’s attention by dressing like Crowe’s estranged mother, and Crowe finally calmed down when Howard let him suckle on his teat for several hours. This continued throughout filming, with Howard never taking off the mother costume, even when he was home alone. After filming was completed, the two moved in together and have been living as mother and son ever since, although Crowe’s malnourishment is a constant concern because he just doesn’t get enough nutrients from Howard’s breast milk. Since the movie’s premiere, Princeton University has held an A Beautiful Mind contest every year, in which the prettiest brain wins an autographed piece of Russell Crowe’s brain, and all of the runners-up receive a severe beating with a pickaxe handle from John Nash himself.

13 thoughts on “True or False Trivia: A Beautiful Mind”