1) When director Brian De Palma submitted the film to the MPAA they gave it an “X rating”. He then made some cuts and resubmitted it a second time; again the film was given an “X rating” (one of the reasons apparently being that Octavio the clown was shot too many times). He yet again made some further cuts and submitted it a third time; yet again it was given an “X”. De Palma refused to cut the film any further to qualify it for an R. He and producer Martin Bregman arranged a hearing with the MPAA. They brought in a panel of experts, including real narcotics officers, who stated that the film was an accurate portrayal of real life in the drug underworld and should be widely seen. This convinced the 20 members of the ratings board to give the third submitted cut of the film an “R rating” by a vote of 18-2. However De Palma surmised that if the third cut of the film was judged an “R” than the very first cut should have been an “R” as well. He asked the studio if he could release the first cut but was told that he couldn’t. However since the Studio execs really didn’t know the differences between the different cuts that had been submitted, De Palma released the first cut of the film to theaters anyway. It wasn’t until the film had been released on videocassette months later that he confessed that he had released his first unedited and intended version of the film. 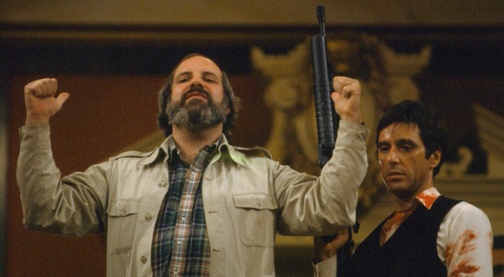 2) Due to a typo on the copy of the script he was sent, Al Pacino thought he had signed on to play the lead role in a movie called Scarf Ace. Because he only reads the front cover of the scripts he’s sent, Pacino immediately headed to Paris to immerse himself in the world of scarves for eight months. During this time, he wore only scarves for clothing, and only ate scarves for sustenance. When he reported to set adorned in magnificent scarves on the first day of filming, director Brian De Palma had to calmly inform Pacino that the movie was actually called Scar-face, and that he would be playing a Cuban drug lord. Pacino was so upset by this news he choked a key grip to death with a blood red scarf, then jumped off the roof of the studio, taking flight as his wonderful scarves served as colorful wings. He returned to the set 17 days later, ready to shoot, with a fresh scar that was apparently self-inflicted, and high to the gills on cocaine. If you look closely enough at the scar on Tony Montana’s face, it is in the exact same shape as Pacino’s favorite scarf, Old Peacock. 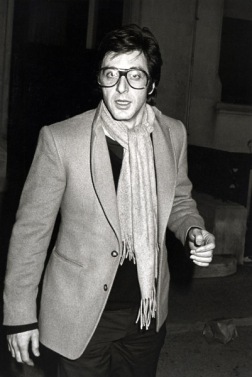