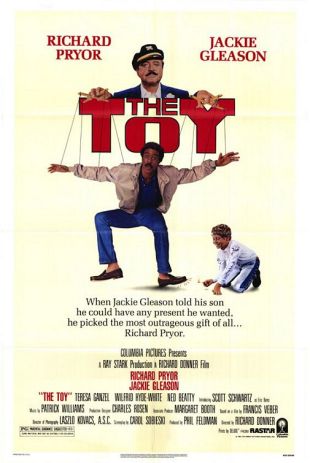 BRAD: So the first thing that stands out with seeing this film again after so many years is how creepy it is. As a kid you aren’t as keen to the idea that some brat “buys” his friendship. A friendship with not another kid but a middle-aged black man. When I was 7 I totally wanted to be Eric Bates and be able to have the type of awesome and funny friend Jack Brown was. But as a 34-year-old I’m on the side of Jack Brown now and I cannot believe he went along with everything that rich, southern family put him through for extra dough.

BRIAN: I understood why he did it though. They were paying him thousands just to hang out with that punk for a week. I would have let the kid dump goat diarrhea on me over and over again for that. 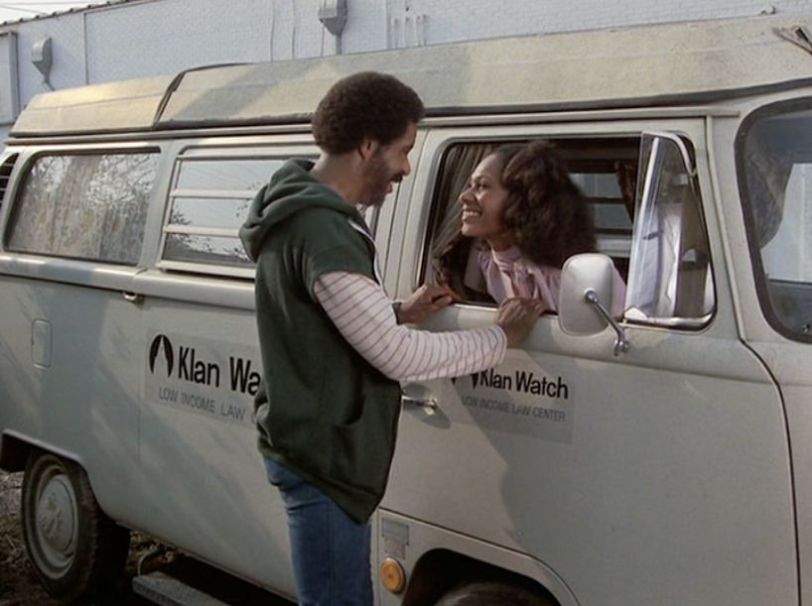 BRAD: The best new thing we discovered rewatching The Toy was The Klan Watch group that Jack Brown’s wife belonged to. We never saw them in action or old a meeting but since they had the name on the side of their van, they meant business. But seriously, Pryor should have made a movie called Klan Watch. That would’ve been an infinitely better movie idea than a rich southern brat buying a black man to be his friend for the week.

BRIAN: Well the Klan Watch did show up at the party near the end, and Jack exposed that senator or whatever as a Grand Wizard, and revealed that U.S. had kind of been supporting the Klan for years, which is kind of glossed over, but pretty messed up if you think about it. Why would he even allow a black man near his son if he’s so pro-Klan? Maybe he was ok with the slavery aspect of it.

BRAD: But that’s the oddest thing about The Toy was the very glib slavery overtone to the plot. Rich southern kid buys a black man for his own purposes. That’s what’s so disturbing when you watch this now as an adult. How did Richard Pryor agree to this sort of film? And to make matters worse the Grand Wizard of the KKK gets a pie in the face as his comeuppance. It’s as if he was the Grand Wizard of Boys-Think-Girls-Have-Cooties Club. This film makes such a farce about the KKK and southern racial relations it’s hilarious and deplorable.

The other thing that is ridiculous about The Toy was the whole Pryor getting a job as a cleaning lady. What was that about? 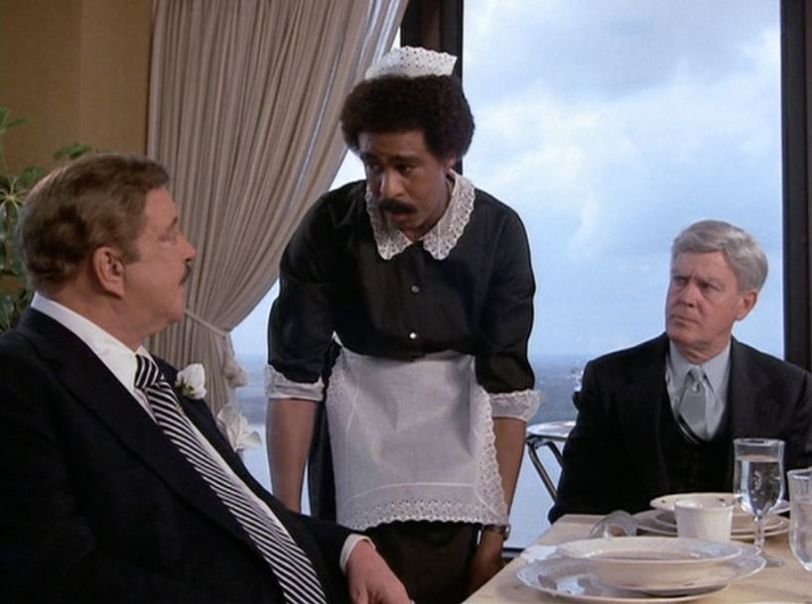 “What’s with the huge mustache? I didn’t authorize the hiring of Italian women!”

BRIAN: Thing is, Richard Pryor had a hair-trigger for racism at the time. Maybe he thought he was really shoving it in the Klan’s face with the party scene? It just kind of comes off the opposite. In the end he takes a job that The Man offers him and is basically told that he’ll be watching the kid for a whole week next year. Way to stand up for yourself, Jack.

I know, why did he have to try to pass as a woman? They couldn’t have rented him a tux?

BRAD: But why would Pryor even want to be a cleaning lady? How did he even think he was going to get the job anyway?

Can we give a nice shout-out to Teresa Ganzel’s boobs for a sec? 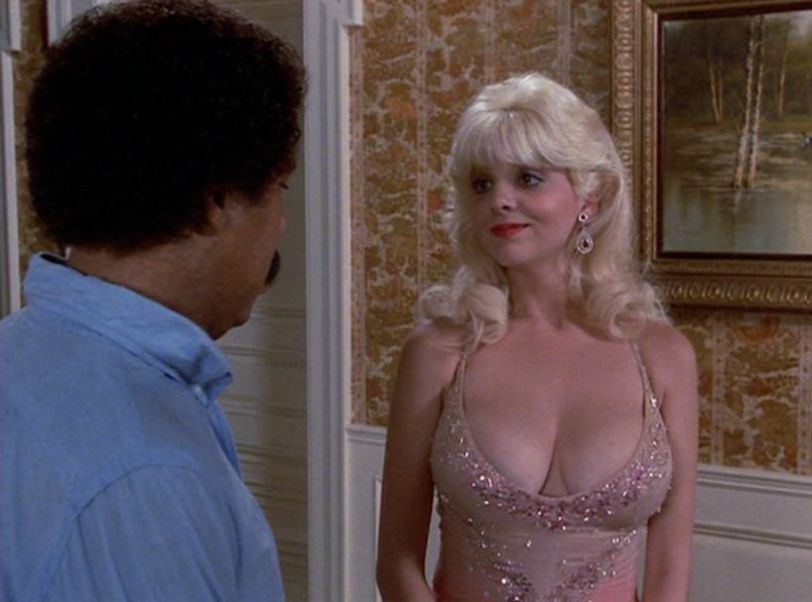 And can we also give a shout-out to the awesome Wonder Wheel, ’cause he’s my friend.

I don’t know if we noticed this while watching the movie but when he’s checking out/riding Wonder Wheel there’s some sort of toy in the background (I think its a sled or a water tube) with a Southern Cross on it. WHY?! And why would Pryor do such a scene with that flag in the shot. Especially later when they are piling money in his hands to come be Eric’s toy and behind his shoulder is a Confederate flag. Later on Gleason’s office also has a Confederate flag which is baffling. Its hysterical how far we’ve become PC-wise.

A deadly children’s toy: Now available at all Sears locations within the Confederacy.

BRIAN: Cleaning lady was the only job the employment agency had available, even though he lived in a sizable city. But it still doesn’t make sense why he had to be a literal cleaning lady. 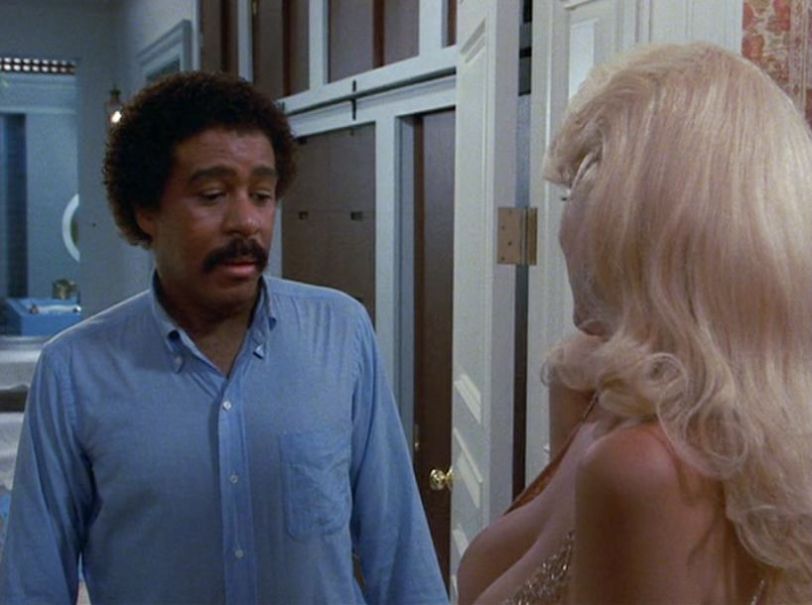 “I’m going to hit that right after I hit the freebase pipe.”

They should have had a scene where Fancy rode the Wonder Wheel nude.

BRIAN: “Don’t worry about your thing, man, you keep that in your pants for a while.”

Another thing that doesn’t make sense: why did they have to break into the newspaper office to print their dumb newsletter? Couldn’t the kid just walk in and say, “My dad owns this place, could you print these off for me, please?” I guess he just wanted to be a shit. 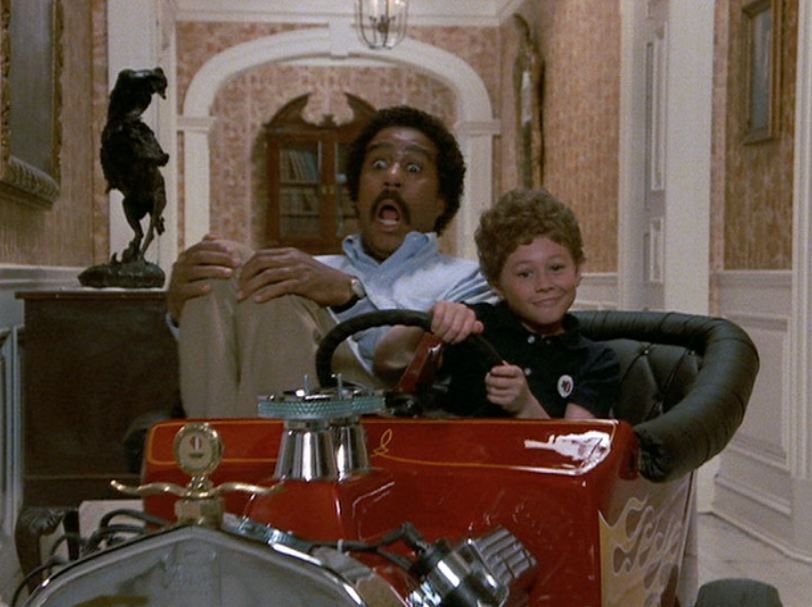 BRAD: He even gets off trying to see how the black guy breaks in the newspaper office even though he has the key to the office. 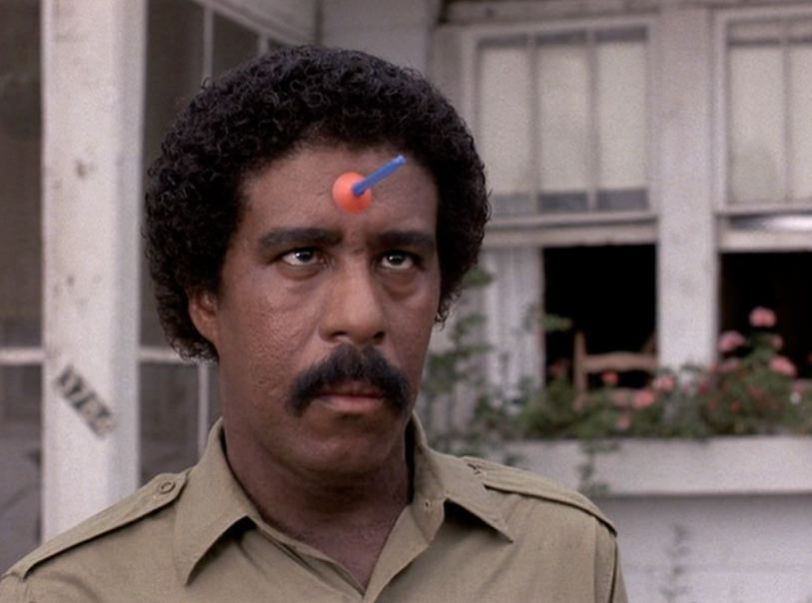 Less humiliating than anything he would do in Superman III.

But in all seriousness, how does one 10-year-old bond that great and quickly with a man in one week? For a couple of days Jack hated Eric so it wasn’t even a full week. What because he made you laugh in the bath tub he’s your best friend?

BRIAN: Wait, I think it just dawned on me. U.S. is a racist who supports the KKK financially. Eric wants to get his father’s attention, and the best way to do that is by ticking him off. So what better way to do that to a bigot than befriend an adult black man? Eric’s a genius!

BRAD: OR Eric is a far worse racist than his father. U.S. Bates never once tried to “buy” an African-American, and in fact he employs them so it could be argued that he’s not that racist after all. But if he was racist what better way to impress a racist father than try to buy and humiliate a poor black man? 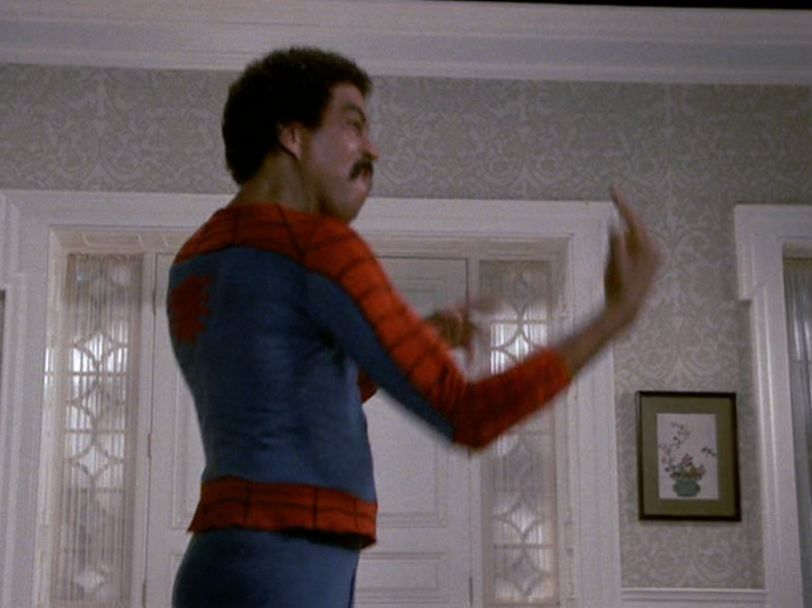 “F*CK YOU, Eric! You’ll be hearing from my Klan Watch lawyer, Irving Spiderman!”

Klan Watch these other weirdly racist screengrabs from The Toy: