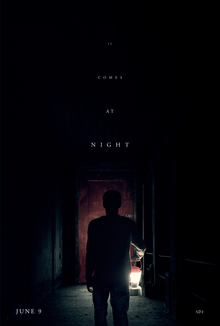 What’s This About: A family sticks (pun intended) it out in a home in the woods after a terrible pandemic ravages the country. Their safety is on the line when they are confronted with another surviving family.

Anyone up for a game of Monopoly? Or Taboo?

Any Good Gore: This wasn’t that type of flick. Had a few of diseased people and a ton of sad faces.

Best Quote: Not really a quotable movie really. But here’s something: “You can’t trust anyone but family.”

Best Scene: Sometimes the tension was used effectively as was the use of pale and dim lighting. The best scene was probably when the family first encounters Will.

Worst Scene: The finale was made to be ambiguous with who is infected and if they truly are infected and then the fighting and deaths. Maybe it was because I was sleepy but I didn’t really pick up on Travis being sick until he was obviously sick. Not exactly a terrible scene but this movie was so dull and trying to be cerebral that nothing was great or bad.

How Pandemicky Was It?: It didn’t touch much on the hows and whys of the actual disease or virus going around and the background of it and how long they’ve been quarantining themselves was not much discussed. Or maybe it was and it’s possible I forgot. But the fear of infection and trying to keep isolated and survive alone is the key theme to this.

Final Thoughts: While not a terrible movie, it wasn’t entertaining or frightening either. Going in, I only heard mixed reviews and that’s very justifiable as it just didn’t deliver what I wanted in this paranoia pandemic flick. However, due to the fact that we are dealing with a huge pandemic now in 2020, this movie did provide some needed commentary on trust and survival. And maybe that’s an extreme thought as we’re not quite in full armageddon mode but the jokes I made fit too perfectly with what this movie portrayed. If I had watched this in 2017 I probably would’ve hated it but I’m shocked that more people aren’t discussing and dissecting this movie more these days. I haven’t seen one meme or fake video to tie in with the COVID-19 pandemic.

Score: 3 Months Left of the Trump Presidency (Fingers-Crossed)(out of ten)

3 thoughts on “Schlocktoberfest X – Day 30: It Comes at Night”