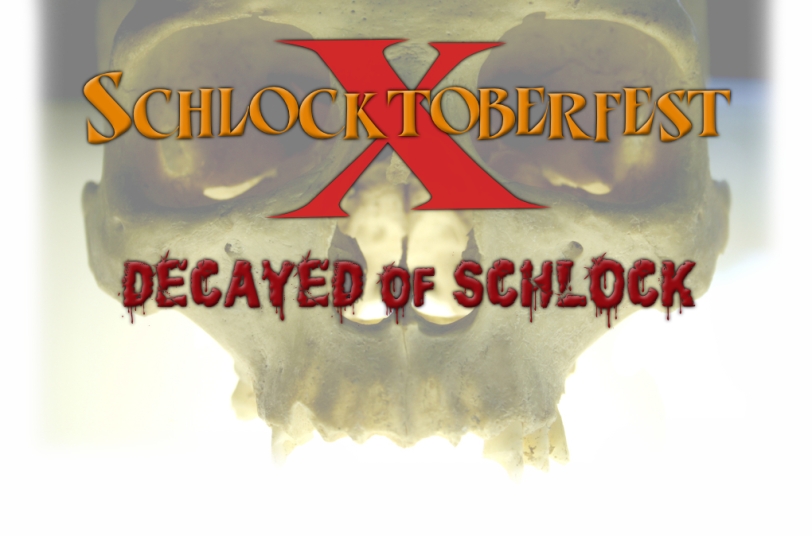 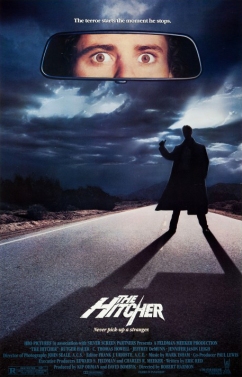 What’s This About: Rutger Hauer just needs a ride to his sister’s house in Poughkeepsie but when he gets in a car with C. Thomas Howell he goes nuts hearing him drone on about being in The Outsiders even though he was the worst part about it.

Any Good Gore: NO! Don’t tease me with dismemberment and not come through! I don’t know how many times I’ve told my wife the same thing.

Any Nudity: The Hitcher didn’t just stick his thumb out if you know what I mean…

Best Quote:  John: “You wanna know what happens to an eyeball when it gets punctured? Do you got any idea how much blood jets out of a guy’s neck when his throat’s been slit?”


Best Scene: The scene near the end with JJL tied to the trucks. There’s actually some really good tension and an impossible situation plus an unexpected outcome.

Worst Scene: When Jim gets arrested and tossed in the cooler. First of all, I despise wrongfully accused plots 99.9% of the time. And second of all… eh who cares.

Final Thoughts: There’s a decent premise here but it just didn’t work for me. I guess John is a good villain and Rutger Hauer gives a good performance, but I really had a hard time caring about most of what happened, it just wasn’t all that interesting to me. I would have vastly preferred that C. Thomas Howell and Jennifer Jason Leigh switched roles. At least C. Thomas Howell wasn’t in blackface this time. Apparently there’s a remake of this where there are two dumb teens and Sean Bean is John, but one dumb teen is already two too many. And there’s also a Netflix reboot series called The Witcher, which is John in wizards’ times.