The Soft Spot: The Cable Guy

Welcome to our new “The Soft Spot” category. This category is designed to highlight box office flops and oft-hated movies that, to us, have a special place in our hearts and minds. Kinda like guilty pleasures but without the guilt. 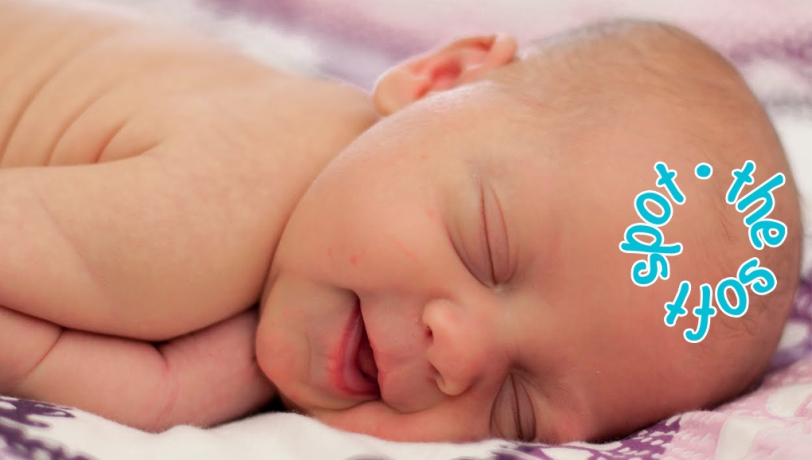 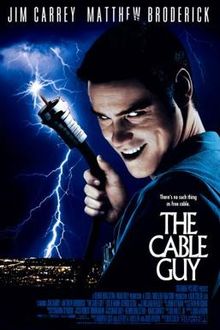 While not a box office flop per se, I have found that a lot of people were less than pleased with Ben Stiller’s black comedy starring Jim Carrey and Matthew Broderick. By 1996, Jim Carrey was on a successful tear in the box office and was pretty much the de facto funniest man alive. His antics and wacky expressions were unrivaled and with the successes of Ace Ventura, The Mask and Dumb & Dumber he was a bona fide movie star. Not long after Dumb & Dumber he was cast in Joel Schumacher’s Batman Forever as the Riddler so you get some idea on how big Carrey was becoming in the 90s. But for some reason, The Cable Guy wasn’t the comedy darling everyone expected. Perhaps it was too dark in tone with Carrey’s cable technician Chip Douglas’ unrelentless obsession with his new friend, Broderick’s Steven Kovacs.

I absolutely love black comedies. I’m not talking about the Barbershop or Madea flicks but the ones that take serious subject matter and inject some levity and light tones into them. The best known black comedy to me is Kubrick’s Dr. Strangelove. Something about poking fun at a serious subject makes the comedy much more richer. It’s a passive form of parody to me and The Cable Guy‘s stalking and unrequited friendship theme is only made funnier when Jim Carrey is beating up Owen Wilson in a posh restaurant bathroom because he’s dating Kovac’s rocky-relationship girlfriend played by Leslie Mann. And the fight isn’t even serious because in one moment he’s forced Wilson to suck on a hand dryer while describing his face looks like Dizzy Gillespie.

I also have deep respect and admiration for movies that are equal serious comedy and silly comedy. When done right that is. To take more swipes at the recent Ghostbusters, I would probably be more forgiving to it if it attempted more serious comedy but it was too skewed with dumb and silly comedy like “The power of Patty compels you!” and Kevin designing their logo with huge breasts or a hot dog flying over a house(?)! But Cable Guy has a greater purpose to its theme which is the dangers of stalking and obsession as well as social awkwardness and inappropriateness. Carrey’s Chip Douglas is a sociopath with tremendous issues and a lot of the jokes are subtle in showing this, for example when Kovac’s comes home he has not one, not two but ten messages on his answering machine. And while we’re laughing at the lunacy of the situation and also the absurd messages themselves “I was just blow-drying my hair, thought I heard the phone ring…has that ever happened to you? Anyway call me back we’ll talk about it.” Kovac’s perplexed and probably very concerned about this mere acquaintance leaving so many messages in such a short time.

And then there are silly scenes that really have nothing to do with the overall plot but highlight Carrey’s wacky antics like the Medieval Times segment:

Or the karaoke party:

And the basketball game:

But the silliness is made even more hilarious once we learn more about Chip Douglas and how much of a lovable loose-cannon psychopath he is, especially as he gets closer and more intimate with Steven Kovacs and his life. And that’s the appeal of the black comedy, taking something like stalking and twisting it a bit to make it entertaining. Whereas, something completely serious, a movie like Cape Fear, which you are not supposed to root for Max Cady but you feel fine laughing along with Chip Douglas.

Cable Guy isn’t perfect, especially when it comes to timelessness. A side-joke in the film revolves around the controversial trial of Sam and Stan Sweet, accused of killing their parents, which if you were alive and old enough to care in the mid-90s, this is a spoof of the Lyle and Erik Melendez murder trial. If you watch the movie now, you might not get the grander joke, but it still works anyway. Also, and I find this funny now, but Chip actually predicts the future when it comes to cable TV and how it will interweave with phone and internet. I don’t even think I had an e-mail address yet when this flick came out, so it’s a little outdated watching it now. But those are just some minor nitpicks.

The best thing ever is in that last clip with Carrey talking on the phone and a daddy long legs crawls over his face. Now that’s pure comedy gold right there!

I have always been a Jim Carrey fan since he was on In Living Color and was a huge one up until The Truman Show when he tried very hard to win over audiences with his dramatic side. Every movie after that has been hit or miss but never the same as his wacky years (And I really don’t care to see Dumb & Dumber To). At the time I was put off by this sudden change because I loved his crazy antics but in hind-sight I am glad to see his progression even though the only movie he was in that I liked since is The Eternal Sunshine of the Spotless Mind.  But I still respect him enough to not be turned off by his new direction.

I don’t know what was Roger Ebert’s butt when he included The Cable Guy in his worst films of 1996 list. (I think the 90s were a tough time for him since he also happened to enjoy Speed 2: Cruise Control) But the man is entitled to his own opinion but MY opinion is better! The Cable Guy is one of the best and underrated comedies in the last 20 years. It’s not as great as Dumb & Dumber but all of Carrey’s 90 movies are great. (Except for Batman Forever). Maybe the critics were just getting sick of Carrey’s silly roles like Ace Ventura that they just didn’t like his Chip Douglas performance. And maybe most people wanted more of a Ace Ventura and The Cable Guy was too different for them. I really don’t know. All I know is even 20 years later, I’m still loving The Cable Guy!

3 thoughts on “The Soft Spot: The Cable Guy”