Directed by: Rodney Ascher (The ABCs of Death, Room 237)

Synopsis: Documentary focusing on the recounts and horrors of people who have or still have experiences of sleep paralysis.

What works: The atmosphere, the tone, the music and the visuals. Even though it’s a documentary and we have 7–8 subjects chatting about their experiences, the filmmaker’s reenactments or visual representation of these experiences are what really pays off for the psychological effects. I wouldn’t go so far to say that it frightened me or gave me a scare—quite the contrary really as in some scenes I chuckled (My wife chuckled too and she’s not a horror aficionado like me)—but it was done really well and made for decent spooky feelings. 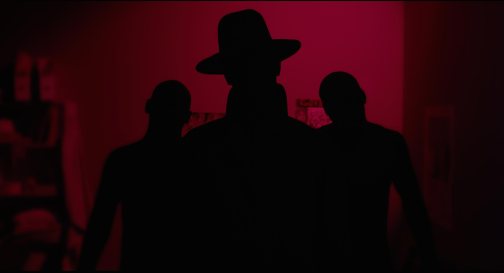 I have never read or learned anything about the disorder commonly known as sleep paralysis and from what these people experienced or the terror they go through, I feel sorry for them. Some experience the feeling of complete muscle loss while they witness hallucinations of “shadowmen” stalking them and sometimes talking to them. From what they describe they all seem to share the same types of terror which makes this phenomenon even more mysterious and macabre. They all seem to describe it as a wakeful sleep, like the opposite of dreaming because it’s more lucid and they all seem to “wake up” after a sleep paralysis episode.

What fails: But….The most lacking thing about this documentary is the amateurish approach to the subject. It’s basically 7–8 poor sleep deprived individuals chatting about their slumber woes with zero scientific or expert viewpoints. Never once does a doctor or psychologist aid in the documentary’s phenomenon. Which would help in the academics of the subject as well as maybe heighten the terror of the disorder. The most research this documentary does is have some of the subjects say they looked up the disorder on Wikipedia. And sometimes, a subject might describe what the doctors told he or she which wasn’t much or helped them at all. It seems like these people are going through hell and don’t get the proper medical help. And if they do and it doesn’t help, I don’t know because the film doesn’t care to let us know about that, so I don’t know if that’s the case.

There’s also instances of great stories and recounts of some episodes of a person’s sleep paralysis and there’s very little pay-off. For instance, there’s this great story about one guy (Chris, I think, and from what he talks about seems he has one of the worst cases of sleep paralysis in the film) where he happened to have a friend sleeping in the same bed while he had this episode of a demonic, red-eyed figure next to his bed speak in a growly voice  that he was going to die. The friend sleeping next to him wakes up screaming because she had a dream that a cat with red-eyes was on top of her chest and talking to Chris but she couldn’t understand what the cat was saying. Now first of all, if that story is true, then that is an amazing coincidence and sleep phenomenon. But that was the whole bit! I want to know what happened next, or have testimony from that friend, unless she’s scared out of her wits and is too spooked to even talk about the episode to anyone. But that’s something to add to the end of that story. Here is a guy that has been terrified his whole life with this sleep disorder, who thinks he’s going crazy, that has an amazing coincidence with another person sleeping next to him and he doesn’t go further with this. That’s ridiculous! That’s not something you just casually try to forget. If me and Brian shared the same sort of dream in the instances we share a bed we’d be sure to try to get to the bottom of it.

The other thing that bothered me a little was that some people overcame this affliction by basically praying to God or Jesus and immediately they were cured. Sounds like some bullshit to me. One person actually said that after a while he stopped being an Atheist to make the terror go away. Again, no scientific evidence to back this crap up. Not even a word from a religious expert on how this disorder ties in with prayer or anything. I know that the filmmakers are being subjective as possible but it just annoyed me.

But it also bothered me that no one described in any way shape or form if they attempted to help themselves. No one said that they tried sleeping differently, or taking any sleep aids or drugs of any kind to help. No one said that they would try to get drunk as hell to help or anything like that. If I went through sleep paralysis I would, at the very least, have someone watch over me one night to see what I go through and see what’s like from another perspective. No one seemed to do that. Which is ponderous since what they describe sounds like the worst feeling to go through when you’re sleeping. It feels like this documentary only wanted to tell us viewers that this disorder is real and that it’s terrifying. I would’ve loved to learn way more into this affliction and after it was over I had so many unanswered questions and hypotheses. It tried to delve deeper into each individual’s back story and lifestyle but it never made much sense to the disorder. Most of the time extreme stress played a major part in inducing a sleep paralysis episode but these people never went into detail about their stress. Most were well-to-do young white people with jobs and loved ones and didn’t seem to have that much stress in their life. So there had to be something else to cause the disorder. And one guy first experienced it when he was still in the crib so that right there is not stress-related. And his story seemed to be described more of a extra-terrestrial probing episode than the oft-described shadowmen, so way more questions than answers in this movie. If everyone in this film have experienced almost the same visuals like the Shadowmen wouldn’t that be enough to get a professional involved?

Overall: I stumbled upon a review of this documentary somewhere wherein the reviewer had to watch this movie in a span of a few days because he was so frightened of it and couldn’t watch it in the dark alone at night. If you’re a long-time reader of my posts about horror films who know how I’m not easily frightened or have been completely disappointed in modern horror flicks. Well, the only few horror movies that gave me pause or truly disturbed me have been documentaries—Cropsey and Dear Zachary (which is really more of a crime thriller technically but it has disturbed me in ways I can’t describe. Both are streaming on Netflix and I cannot stress enough how disturbing these two documentaries are) But anyway, I’m always up for the horror challenge to see what can get to me and frankly this one was disappointing to say the least. The shadow men scenes were done creepily enough with men in those black morph suits that made me chuckle because it reminded me of the Green Man suit Charlie wore on It’s Always Sunny in Philadelphia. There’s also a few weak attempts at jump scares which diminished the validity a tad for a documentary. The stories alone were scary enough and didn’t need the jump scares. I will say though that for a few minutes after the movie was over I was, for a minuscule amount, worried that I would maybe have a sleep paralysis episode that night since I was thinking about it before bed. But then I remembered that it was a weak documentary and then I started to nitpick it for this post and I was fine.

Would I recommend it? I’d say sure since the subject and stories are worth it. The visuals certainly help as well and don’t act like a typical Insidious or The Conjuring type scare tactic but are more in line with The Babadook with it’s effects.

2 thoughts on “Reel Quick: The Nightmare”