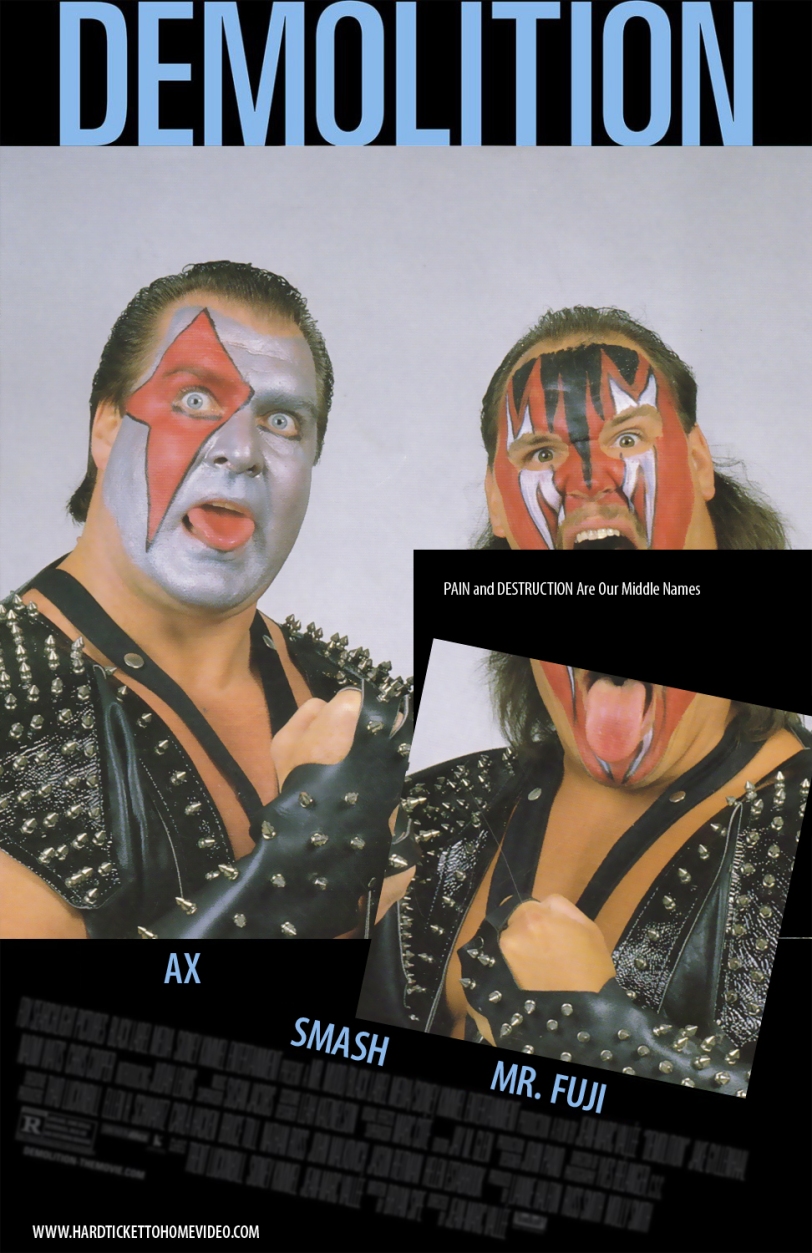 Now that was probably the fastest and easiest Photoshopped Philms I’ve ever done and I just have to say how disappointed and bewildered I am at the sad state of film posters these days. If you’re unfamiliar with what the original Demolition poster looks like, it’s this: 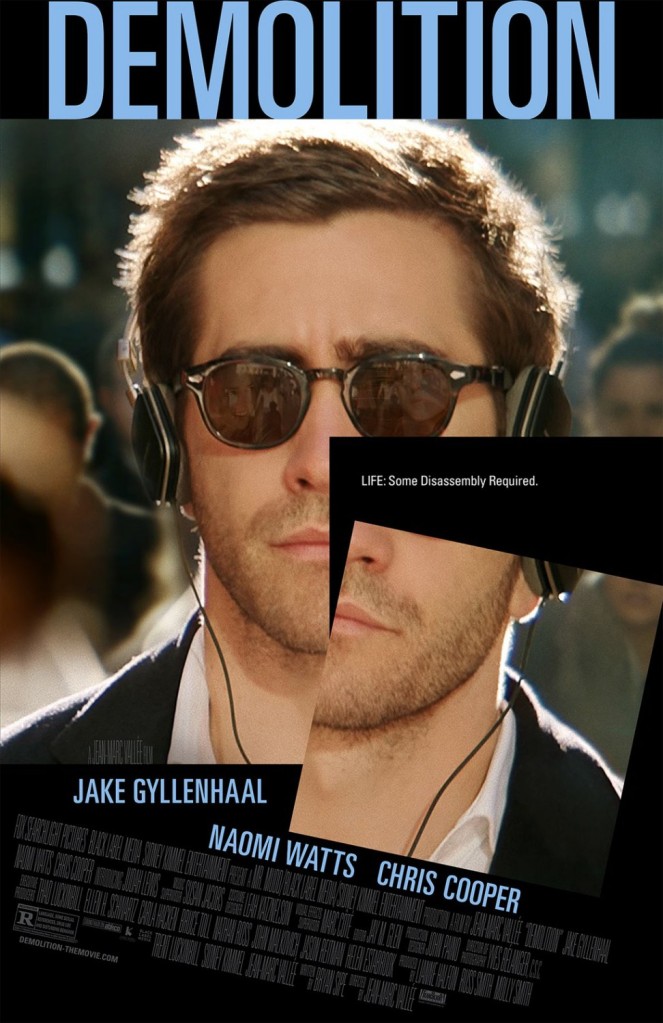 How fucking lazy and uncreative is this poster? It has to be the worst film poster I ever saw. A square cut out and placed slightly skewed of Jake Gyllenhaal’s face. Braaaav-fucking-O! Whomever designed this deserves a fucking award. They probably spent a whole 20 minutes working on this. To put things into perspective, I spent over 3 hours on my Macaque Max: Furry Jungle poster. I painstakingly attempted to get the shading and color matching as perfect as I can get and it’s 10X better than what most film posters today look like. And that was for a Crom-damned goof! I mean couldn’t they make it look more like he was breaking down or blown-up. When I think demolition, I think a whole building being destroyed, not just carved like a piece of a kid’s ice cream cake. I know Jake Gyllenhaal is a good-looking fella and most people would rather want to see him in less pieces but for the sake of an interesting poster make it look like how he really feels. (note: I have not seen a trailer for this movie and I have no idea what it’s about. But judging by the poster the studio decided to present to us, I don’t give a hot shit to bother to check it out.) I took the liberty for this post to spend about 20 minutes in quickly making up a better poster for Demolition: 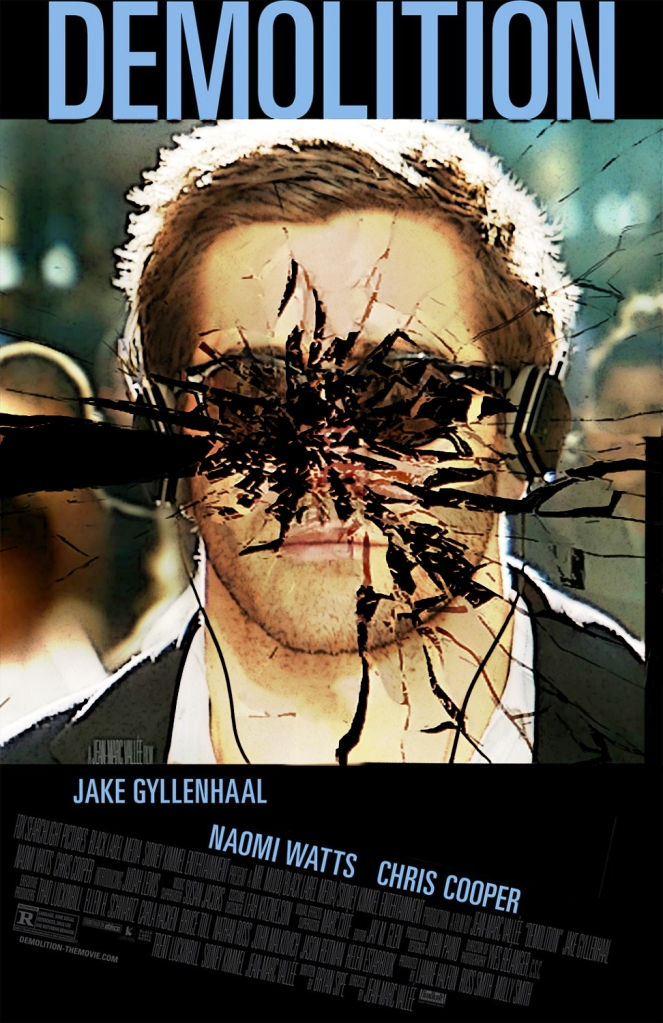 Again, I spent just a scant 20 minutes on photoshopping, what I feel is a more interesting poster. It’s far from perfect but give me more time and better resources and I can probably do better.

But I can’t single out Demolition’s poster alone. Whenever I walk in a multiplex’ lobby I am completely underwhelmed by the amount of creativity and craft that goes into designing these movie posters. Is it just because photoshop makes things easier and thus movie studios are taking the lazy and cheaper route to market these flicks? Even crappy schlocky movies from the 70s and 80s had at least great posters or artwork to market their movies. Sometimes that was the only good thing going for the movie. Look at the poster for R.O.T.O.R.: 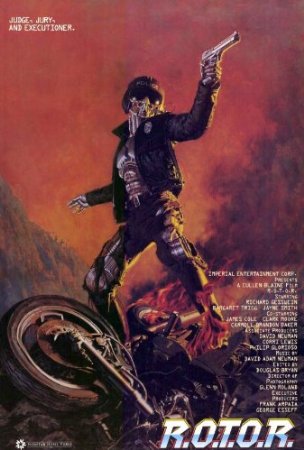 Sure it may be one of our favorite movies on this site but we won’t deny it’s a completely shitty movie but that poster makes it look fucking epic. I have that poster hanging in my basement it’s so badass. They put more effort into making that beautiful and awesome illustration (of a robot that doesn’t even look like that in the movie) than they did in the actual movie itself. I wish I could find out how many people thought that R.O.T.O.R. was going to be this spectacular flick after they saw that poster. Probably everyone and I don’t blame them.

Now I’m not saying every poster needs to be Drew Struzan level great but at least put some more creativity into the poster. In a way, I’m not too surprised that the posters have taken a the dip lately because everything in media has. I’ve complained ad nauseum about the quality of filmmaking on this site whether it’s weak screenwriting, film scores or unfunny comedies but I even think today’s music is paltry and lackluster compared to older music. And before you say, “Well every generation thinks what they grew up with is better than the future stuff!” Let me assure you that I was born in the late 70s and grew up on 80s and 90s and I still think the 60s and 70s were the pinnacle of creative filmmaking and music, hands down. I didn’t grow up with anything earlier than 1976 and if I were to compare media from today to anything in the 60s-70s-80s I cannot really give much credit to today’s standard of creative writing and art. Not even a little bit. I don’t care if you blame technology or lack of vision, today’s stuff is not as good. Now maybe these things go in waves—perhaps in the next few decades we’ll have a creative renaissance and I sure hope so because I’m getting incredibly bored and pissed at the state of these things.

But seriously, is it too much to ask to make things nicer, wittier or graphic? Enough of the lame ass photoshopped heads crowding a movie poster. OK? We get it. With all these amazing special effect-laden super-hero flicks that came out of creative sources called “Graphic Novels” you’d think the movie posters would be equally as awesome and impressive as the movie. Here’s the poster for the blockbuster The Avengers: 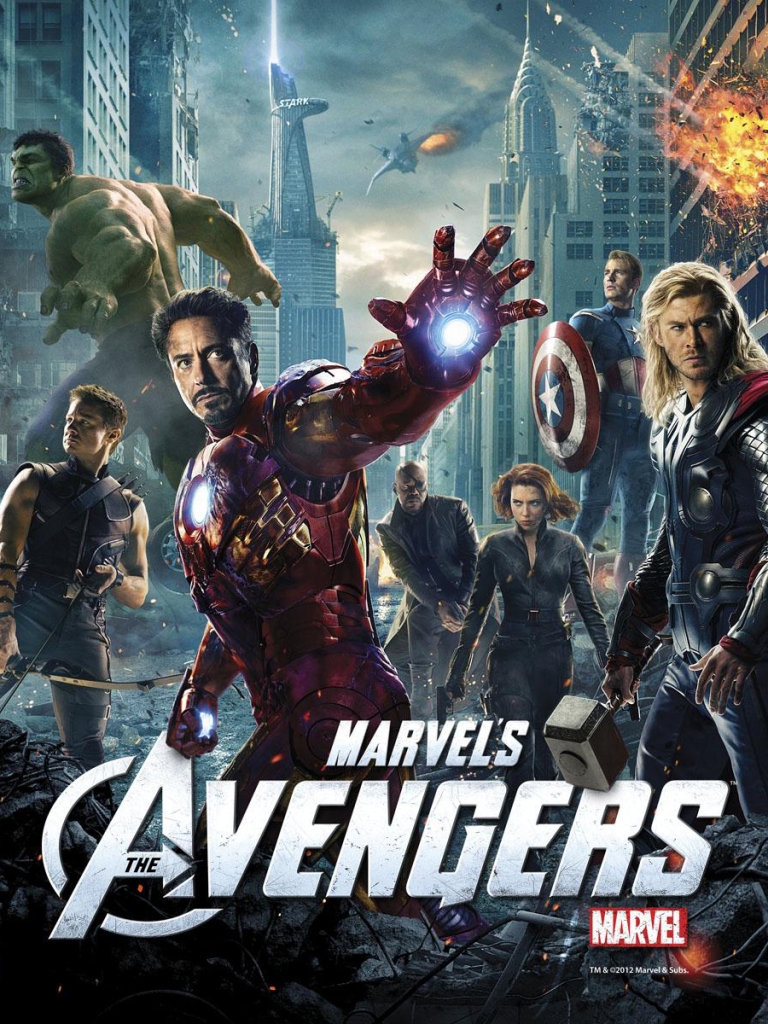 Dull and unimaginative as well as just a simple photoshop. And here’s a fan-made poster I found on the internet: 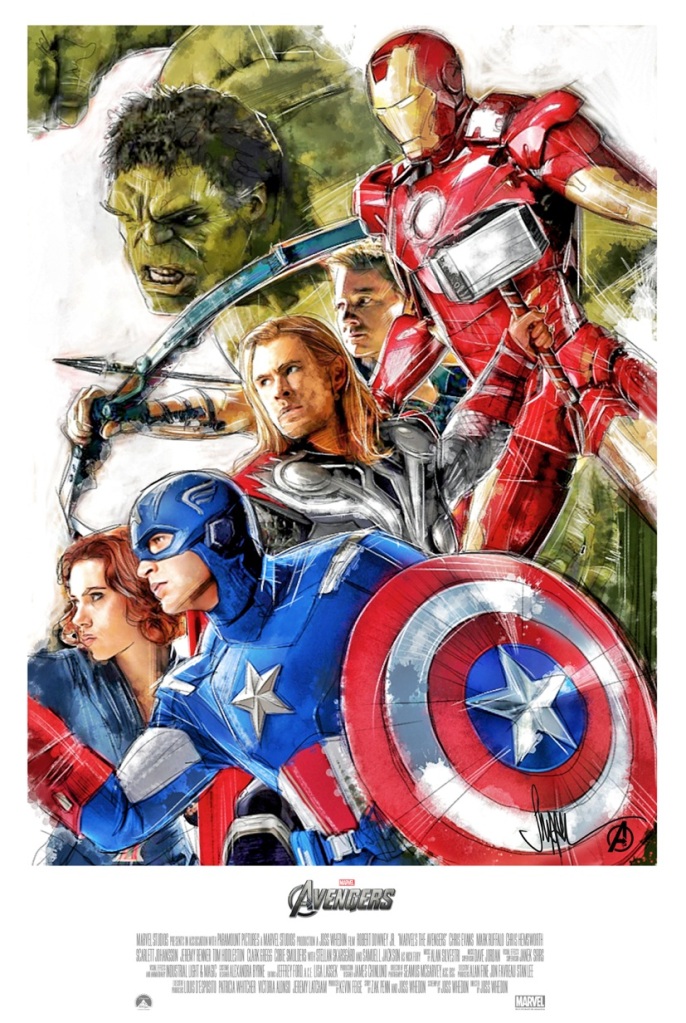 I’m not saying it’s genius but when placed side-by-side which one catches your eye more? What one looks like it was made with more sincerity and heart? Which one would you rather hang on your dorm room? Why isn’t Marvel, who’s practically printing their own money at this point, utilizing more artists and illustrators that would benefit and be most appropriate in this medium of movie posters? It’s sad and mind-boggling.

Sorry if I strive for more pizzazz in my art, music and films. I think we can all do better. We deserve it with all the technology at our disposal. Everyone is walking around with cameras and apps that can basically do anything creative and instead it’s all useless and pointless drivel. Seems everyone has all the tools but not enough of the talent. Not everyone can be creative I know but when we trust that filmmakers and musicians are supposed to be the professional artists that they say they are and we end up with inferior product after inferior product, somethings just not right.