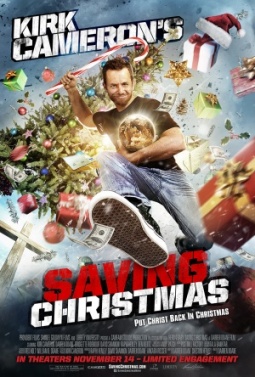 What’s It About: Kirk Cameron (playing himself) attempts to help his fictional brother-in-law from being too grumpy and downtrodden on Christmas because he feels the holiday is not Jesus-sy enough anymore and is too commercialized. 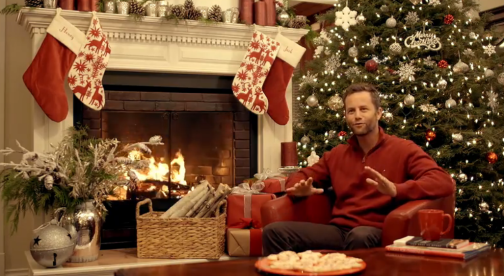 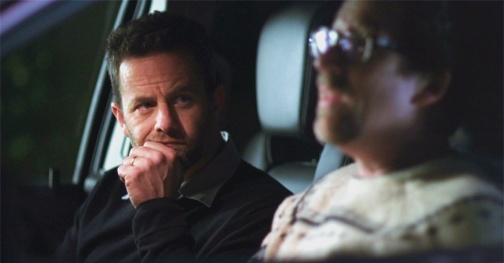 Is It Actually Jolly: I’m going to be fair to this “film.” I’m going to take the high secular road and give credit where credit is due and say that the visuals and reenactments of the Christmas scenes as well as the music was decently done. The movie’s dialogue, attempt at humor, and direction are complete and utter crap. If you watch the movie on mute and cut out the close-ups of Cameron and the brother-in-law, than you have a decent Christmas-themed background.

Jolliest Moment: The part when Kirk Cameron broke his neck, falling down the stairs after the Krampus attacked him and ripped out his delusional, crap-spewing tongue. So what if I made up that scene.

Dumbest Moment: I’m guessing the dumbest moment was when whomever gave money to the filmmakers to make this Cameron Family Christmas special. Sure it was a paltry $500,000 but think of all the good $500,000 would go to for the poor and needy at Christmastime. Seriously, this movie was made for a slim and already pious audience that already have so much Jesus in their heart that it was a completely wasted time and effort. This could’ve easily been straight-to-video, nay, emailed to church-goers after midnight mass to get in more unfounded holiday cheer. Any rational Christian would see right through the horseshit that Kirk is trying to shovel down good peoples’ throats.

Overall: I really don’t know why I watched this. We here at HT2HV pride ourselves at watching crap and schlock hoping that we can nitpick, riff and poke fun for our and your entertainment but this one was already dead on arrival. It’s 0% on Rotten Tomatoes and is the lowest rated in the imdb’s Bottom 100. I’m not even religious at all and probably the farthest from the target audience. Yet, I took my precious 70 minutes and wasted it on this fuck. I’d also like to point out how action-packed the poster looks, yet 50 minutes is Kirk and the writer/director talking garbage in an SUV! If it wasn’t for the biblical reenactments and the final dance number the whole movie is the lowest IQ equivalent of My Dinner With Andre. TED Talks have more substance and plot. And I cannot be pissed at this movie because I should have never ever seen it. It’s not a Christmas movie at all but a Jesus movie.

I will give Mike Seaver some more credit for not making an anti-pagan Christmas movie per se. Whenever his brother-in-law mentions pagan rituals that some Christmas beliefs and customs are based on, Cameron never really bad-mouths pagans or says that he’s completely wrong. He just twists the reasons for the old pagan customs to be better tied to their uber-Christian beliefs. I think the film would’ve made my secular brain explode if it was made more like that. No, this movie took the whole “Christmas feels more like just about receiving gifts, wrapping presents, drinking cocoa and eating ham, taking pictures with mall Santa’s, decorating evergreens, and whiny kids who ask for too much” and tries to spin it that all that commercialized stuff is really about Jesus. 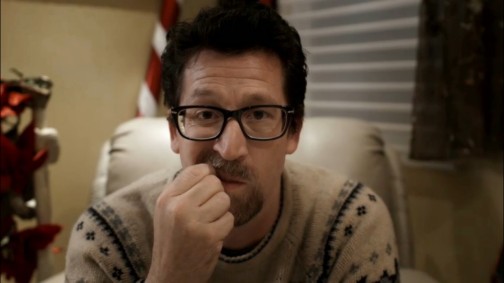 But first and foremost, avoid this movie, not because it’s targeted for Born-Agains and Jesus-freaks, but because it’s not really a movie. It’s an instructional and educational video for weary Christians who wish Christmas was more about Christ and less about being a better charitable and grateful person. It’s devoid of what I feel is the true-meaning of Christmas—which is kindness, reflection, and resolution for the final days of the year and the coming year. Christmas doesn’t need saving. Our good-will and progress towards intelligence are what need saving.