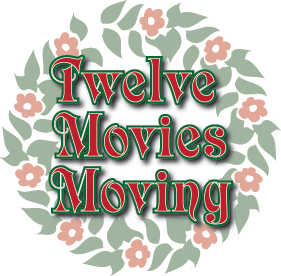 What’s It About: Animals singing!! It happens. We first see Emmet and Ma Otter rowing down the river, singing about how fat their grandmother was. You can just tell that Emmet and Ma are poor, but they’re the happy kind of poor.

They’re rowing down the river to deliver laundry, which is how Ma makes her money. Their first customer is Gretchen Fox, who is just a stone cold bitch, demanding that Ma give her a discount because they weren’t fast enough for her. She actually refuses to pay Ma anything, even though it’s three days until Christmas. Next time Ma should take a steaming pee all over her laundry before she gives it back to her. Next they run across Will Possum, who trades them pumpkins for socks. I wish society worked like this. Ma figures that she can make pumpkin pies and sell them at a profit, but she concludes that she would make just enough off of pies in order to buy money for wool to make another pair of socks. So basically, she’s content to completely waste her time. It’s not the last of Ma’s ill-conceived ideas in this movie.

Emmet and Ma head to Waterville to drop off the rest of the laundry. It’s here that we meet the best part of the whole movie: The Riverbottom Gang. Led by ultimate badass bear Chuck (and including a weasel, a snake, a lizard and some kind of amphibian I can’t quite identify), the gang laughs in the face of authority and plays music in the faces of everyone. And they are AWESOME.  Think if you got high in the woods and the animals started playing like Alice Cooper. I’m sorry I just melted your brain.

Emmet and Ma walk by the music shop where the gang is hanging out, and Emmet sees a $40 guitar in the store window that he has to have. Of course, the Otters can’t afford a $4 guitar, much less a $40 one. In fact, a $40 guitar seems like a lot for a poor family even by modern human standards. Ma laments that she can’t buy it for Emmet for Christmas. If only there was a way she could earn a large sum of cash at once!

As they row back toward home, Emmet reiterates that he’d love that guitar for Christmas, but Ma totally slams his enthusiasm’s fingers in the door by telling him to shut the f*** up about Christmas, because they don’t have enough for regular days. Ouch. Oh yeah, and it reminds him that his dad is dead, and they’ve had to sell everything they own to survive, except for Ma’s washtub. Then they sing a song about how it’s great that there ain’t no hole in the washtub… BUT WHAT IF THERE WAS??? By the way, this song contains probably my favorite lyric “I’ll be there to treat you to a soothing back ruuuuuub, when there ain’t no hole in the washtub.”

While Emmet is mending a fence with the tools that are the only things in the world his father left him and the only way he can make money, he learns from his friends about the Waterville talent contest, with a first prize of $50! Coincidentally, Ma is at home entertaining a muskrat, and she tells her about the same talent show. Emmet’s friends want to form a jug band to play in the contest, but Emmet is assigned to washtub bass, meaning he’d have to put a hole in the washtub!!!!! The irony! Meanwhile, Ma can’t afford a costume for the contest, but she has nothing to sell, except for Emmet’s tools!!!! Wait, what?

Here’s where the movie kind of goes off the rails. I understand this whole “Gift of the Magi” thing as a dramatic plot device, but the plans of both Emmet and Ma are so ill-conceived that it’s almost unbearable. Emmet believes that ruining the major part of his mother’s only means of income justifies putting a down payment on an old piano. Repeat: Not even a piano, a down payment on a piano. How is he going to make the remaining payments on the piano, especially if Ma can’t wash clothes to make money anymore? So essentially he’s not even giving her a gift at all, he’ll just be informing her that he gave the music store $12.50. So there’s absolutely no reason at all for him to do this. However, Ma’s idea is even worse. Now, she obviously needs money for the talent show entry fee, but how much can the entry fee really be for a $50 prize? $2 maybe? She can’t scrape that together from her laundry money? Anyway, at least Emmet needs to put a hole in Ma’s washtub to create an instrument that he actually needs in order to even be in the talent show. And he could probably even fix the hole after the talent show is over, with his tools. But Ma decides that she needs to hock Emmet’s tools—the only way Emmet makes any kind of money, and their only means of fixing their own rat trap of a house if something breaks—just so she can make a dress to wear at the talent show. She calls it a “costume,” but it’s really just a dress that looks slightly better than the rags she wears on a daily basis. She can’t BORROW a dress from someone? Or even just wear what she normally wears, because her talent for the talent show is singing, not dress design, so nobody gives a crap what she’s wearing? And all so Emmet can have a $40 guitar for Christmas. Well hopefully he can play the guitar loudly enough to drown out the rumbling sounds coming from his stomach, but not TOO loudly so the roof doesn’t cave in on him because his mother sold their ability to fix it for A F***ING DRESS!!! And both of them are gambling everything on the assumption that they’ll easily win the contest. They never stop for one second to think what would happen if they don’t. They’re either incredibly cocky or incredibly naive and short-sighted. And maybe the worst part is that they both justify these terrible decisions by telling themselves that it’s what Pa Otter would do—the same Pa who wasted his life selling snake oil and left them in poverty to begin with.

But what’s done is done, no matter how dumb it is. Emmet and Ma ruin each other’s lives, and soon they’re practicing. Emmet’s jug band rehearses the song “Barbecue,” which is a fun but pretty dumb song, and would in no way guarantee a victory at the talent show.

Hedy Muskrat actually brings up to Ma that it’s a possibility that she may not win the talent contest, but Ma just naively and defensively replies, “GOT to win!” Well she had already sold Emmet’s tools at that point anyway.

Suddenly, it’s talent show time! The boys grow confident because the other acts stink, but that confidence turns into panic when Yancy Woodchuck (Bob Dylan in woodchuck form) comes out and sings “Barbecue”!!! The jug band needs a new song and fast!

It’s soon Ma’s turn to sing in her ugly dress, and she belts out a jarringly somber song with “Our World” and kind of depresses everyone in the audience. (I apologize for the quality of the following clip, it was the best I could find.)

Now it’s the jug band’s turn to play the song they just rehearsed once 5 minutes ago.

Yeah, you guys are OK, maybe you or Ma should win. (Actually, shouldn’t Emmet be rooting for Ma to win? If she won he’d be getting his dream guitar instead of just $12.50.) HOWEVER, we have a last minute act! You wanted the best, you got the best, the hottest band in the world: THE NIGHTMARE!!!!!!!!

Well, that’s that. The natural conclusion is reached, and The Nightmare rightfully wins the talent show. They were so much better and more awesome than Emmet and Ma combined that there was really no other choice. If The Nightmare went on one of today’s talent shows, your TV would poop tickets for you to take a rocket to outer space because you’ve just seen the best this planet has to offer.

Although the jug band and Ma are bummed out, on the walk home they discover that if they combine their two songs, they can come up with a song that’s twice as melancholy.

Just so happens that they sing the song in front of Doc Bullfrog’s restaurant, and he hires them all to sing there. But they speed the song up so it doesn’t bum people out while they’re eating. But not so fast, because after they finish their gig at the restaurant, they sing the most melancholy song yet. Fortunately, they go full speed jug as the credits roll, so you feel a little bit better about yourself.

Is It Actually Jolly: The characters have fun, especially during the songs, but the whole thing has kind of an underlying solemn tone to it, from the poverty the Otter’s are in to Emmet’s father being dead to their crushing loss at the talent show. It ends on a happy note, but only after you’ve spent an hour feeling really sorry for the main character.

Jolliest Moment: When Emmet and Ma go down a slide that Emmet’s dad built they seemingly have the time of their lives, even though Ma almost buzzkills it with, “Dad didn’t leave us much, but that old slide is just about enough.” A slide makes up for living in squalor because of Mr. Otter’s poor business decisions?

Dumbest Moment: As I may have mentioned, Ma’s plan is unbelievably idiotic, and potentially screws Emmet over so badly that she could actually be considered as the antagonist of the movie. It’s basically sheer luck that Doc Bullfrog hears them singing and gives them a job. Otherwise they’d pretty much starve to death.

Overall: As a first-generation HBO kid it’s ingrained in me to have a fondness for the movies they ran approximately 47,000 times a week in those early days (i.e., Take This Job and Shove It). Emmet Otter’s Jug-Band Christmas was one of those, but it was extra special to me because it was geared toward kids my age and it was actually good. I couldn’t possibly calculate how many times I watched this, but probably once for every freckle on my ginger face. It took forever for it to come out on DVD, but when it finally did I remembered every song, and realized it was just as good as I thought it was 20+ years earlier.

Of course, it’s not flawless.  Aside from Emmet and Ma just not thinking things through, the puppetry is pretty rough in some spots, with glaringly obvious wires and characters walking like they just ate a small piece of a Patch Pop. And while I love the songs now because they were burned into my brain at an early age, most of them are a little too country-ish. And obviously they’re supposed to be, but it’s just not my cup of tea. And the songs that aren’t country are really somber. That’s probably why I’m such a big fan of The Nightmare.