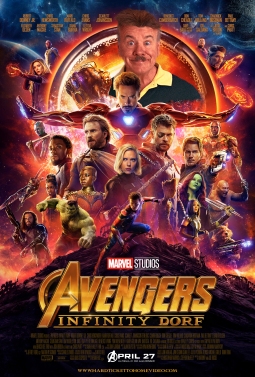 Directed by: Joe and Anthony Russo

Synopsis: The 17th sequel of a franchise that’s just lumbering along aimlessly with no end in sight that has yet another bad guy that must be stopped. Typical Marvel superhero fare.

What work(s): I’m just jerkin’ yer chain; it’s an exceptional motion picture! There’s really nothing to find fault with and it was an absolutely great time at the cineplex. The 11-year-old kid that read the Infinity Gauntlet miniseries and thought it was one of the greatest comic book cross-over events was giddy with excitement all week in anticipation in seeing the flick and Marvel Studios totally delivered. It was like the Royal Rumble with (almost) every great character introduced in the past 18 MCU movies together to fight. It was such a pleasure seeing Star-Lord and Drax quip with Tony Stark, Spider-Man and Dr. Strange. The scenes with the Guardians of the Galaxy and Thor are a laugh riot in itself. In fact, I would say that the GotG are the best aspects of this movie—but that’s me saying this after only one viewing.

It’s amazing to me that Marvel and Disney effectively made the first Avengers movie back in 2012 by combining 4–5 movies for a mega-event movie. Now 6 years later, they have 18 movies worth of heroes and villains together and made such a fun entertaining and not a dumb movie either. There’s no need to “turn off your brains” when the movie starts. Maybe I’m a tad biased since I am such a comic book fan but these Marvel movies are usually made with such heart and affection for these characters that every movie has been fun to watch and rewatch.

Marvel usually fails or falls short in their villain department but here, Thanos is the read deal. In the comics, he is a megalomaniacal genocidal madman who worships the personification of Death and wants to please her with millions of souls. That was thankfully, not the case with Brolin’s character. He felt more real with his motivation being that he saw the problems in the universe all stemming from over-population. In his mindset, he thinks he’s a savior. He doesn’t want the Infinity Stones for power only, but just for the power to fulfill his duty to “help” the world gain balance. He barely kills anyone himself unless they get in his way. I really felt, like he didn’t hate these heroes but just saw them as obstacles for his mission. This was totally Thanos’ movie and he successfully took center stage and seemed almost relatable in a way. While I never rooted for him per se, he just had a very understandable disposition.

I read (or watched) some time earlier this year, someone’s opinion that the Marvel movies have a weird tonality in their movies, especially in the case that when fighting or death occur there usually is a joke not far behind. I believe the example they brought up was in 2016’s Dr. Strange when the main villain had just killed the New York Sanctum’s guard and meets Dr. Strange for the first time and asks his name, the exchange was light-hearted in regards to spoofing Strange’s uncommon surname. But, see, in a movie that may seem a bit odd tonally but in the comic book superhero world that’s how Marvel always is. Quips, banter, little dumb jokes and puns are rampant in every Marvel comic book (at least the ones I grew up with). Peter Parker mocks and pokes fun at every villain he fights with during the battle. He was a cocky teenager and most times funny. Having Thor see Captain America again on the battlefield since Avengers: Age of Ultron and they banter about their changing hairstyles livens up the scene and shows the great camaraderie between these old buddies. It’s what gives them more than one dimension to their characters than big strong guy that saves the world. So yeah, this movie, despite the earth-shattering devastation and dire straits of the heroes, was very funny and light-hearted. I much rather watch this than any of the previous DC-produced movies with their doom-and-gloom heroes. 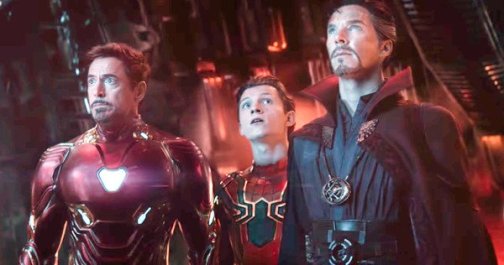 The other thing I want to point out is how smooth the transition was for the Russo Brothers and the writers to combine the styles and tones from all those other movies in the MCU. The GotG scenes felt just like the previous two movies of theirs. Black Panther scenes were seamless coming from just a few months ago’s blockbuster into this film. This movie is a giant quilt of other styles and it doesn’t look or feel off at all.

What fail(s):  Anything I say would be minor nitpicks. Like I said, I may find more after a second viewing but this movie was well worth its weight.

I gotta say, Peter Dinklage’s character kinda threw me off. Not so much his character or his purpose in the film, but his acting and look actually. I love Dinklage’s acting usually but here he really played it over the top and maybe it was the fact that he is still playing a dwarf but a very tall dwarf(?) made me chuckle and wince a few times.

This isn’t necessarily a nitpick for solely this movie but in general in regards to Iron Man himself and in every new movie we see him in his technology is 10x better each time. He always has a special gadget in his armor or a new enhanced weapon that he pulls out of his ass that we never seen before and it makes him basically invincible. His suit in this movie is made out of nanotech and simply grows onto him like he was the Sandman from the Spider-Man movies. Cool? Surely but in his fights he comes up with all these wacky weapons that I have to say, take me out of the reality of the character just a bit. 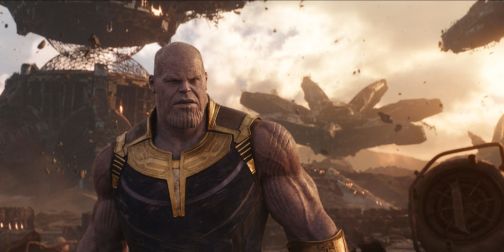 And while I’m on the subject of invincibility, Thor, too, is way too strong. In one scene he has to open up an iris to let in a nearby star’s light to activate a machine. He takes the brunt of this powerful sun for at least a minute, until he’s near death and is flung miles away until he’s saved by Rocket Raccoon. Next we see him he’s just charred up a bit. Granted, I know he’s a god and very powerful but it’s just a tad too much maybe.

The film did leave out some stuff which I guess would only enhance an already great flick which is not enough Incredible Hulk and where exactly did Valkyrie go? Last we saw her she was in the same spacecraft with Thor before meeting Thanos’ ship. But she’s totally absent in this movie. And The Hulk is there in that opening scene as well but gets his ass handed to him by Thanos and is too afraid or something to ever manifest again from Banner.

Overall: Make no mistake, this is a BLOCKBUSTER in every sense of the word. The success of this movie isn’t just because of the mere feat of all the MCU movies combined and having every character fight. No, this is years and years of thoughtful and clever planning on Marvel Studios part in bringing us quality entertainment. As a comic book fan I am beyond satisfied and as a movie geek I am astonished and grateful.