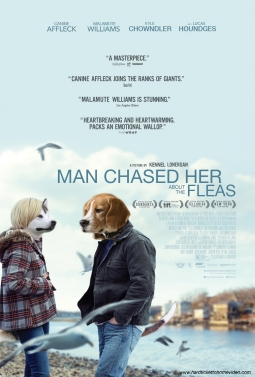 Directed by: Kenneth Lonergan (You Can Count on Me)

Synopsis: Hapless, sad-sack and hot-headed loser, Lee Chandler (Affleck) must face his old life again when his brother dies and he is tasked to be the guardian of his nephew.

What works: The Trailer. Seriously. I hated this movie so much and was so bored and put-off by it. I just rewatched the trailer and noticed that it’s a great trailer that conveys the story well-enough in the 2 minutes that it looks like a great drama. But the sad fact is that every scene is mind-numbingly awful. I cannot believe this movie has these many nominations and wins so far.

What fails: So let me briefly explain why this movie is such an epic fail. The emotions are fucking terribly acted out. Casey Affleck may win an Oscar for basically mumbling and looking like a sad puppy dog during the entire movie. I couldn’t root for him nor empathize with him in the slightest. And he wasn’t alone, his nephew played by newcomer, Lucas Hedges is no better an actor in this. Both actors phoned-in their scenes together. There’s more emotion when Andy gave Bonnie his old toys at the end of Toy Story 3. No joke. I was so fucking bored watching these two lazy sad-sack New England losers that it’s a miracle I finished this dreck. Michelle Williams is just OK but she’s only in 10 minutes of the whole flick. There’s some other guy, whose friends with the Chandlers and he’s mopey and aloof as well. He reminded me of Teddy from Bob’s Burgers and once I made that comparison, it ruined his character even further.

IF YOU LIKED THIS MOVIE AND THE ACTORS’ PERFORMANCES, YOU SERIOUSLY NEED TO WATCH BETTER MOVIES. I hate to sound like a dick, but when a movie is this universally praised for the performances that I witnessed, there needs to be a re-evalution of the acting art-form. I’ve seen more emotion displayed in The Texas Chainsaw Massacre. I’m not joking.

I want to get back to the acting in just a minute but let me take a step back and describe how awful the musical score is. It sounded like someone found some modern “classical” music and just put it in. And it was jarring to say the least. Even my wife (who also hated this flick) was put-off by the music. At times it’s distracting because it’s too loud or it just doesn’t fit the scene in the slightest. If I have to say that the music is annoying me during the movie, you know it’s a mess.

But back to the horrible acting which since this is a drama, is key to the emotional stake of its success. So to give you some context, Affleck had a great family with Williams and after a terrible accident (caused by Affleck) he lost his little girls. Now divorced and living miles away in Quincy, MA as a janitor and handy-man we see him pick random unnecessary fights in dive bars and piss off his boss and his buildings’ tenants with his surly and unruly attitude. He gets into like 2 fights for no Crom-damn reason just to show us that he’s a sad, depressed asshole. Genius. So when his brother dies, he goes up to Manchester (by the Sea) and there he learns that his brother has made Affleck guardian to his son without ever telling Affleck. Which is, dare I say, ridiculous even in a movie. The nephew is a hot-shot, asshole teen who’s in a bad rock band and has two girlfriends. There is no connection between the nephew and Affleck. They show zero love and affection for each other. I suppose this is the point, since this movie’s plot is hinged at showing how much Affleck has given up on life and happiness and doesn’t want an emotional connection with anyone. But there’s zero conflict with this when the nephew also doesn’t give a shit. So why should we give a shit? The only conflict I recall is when Affleck was willing to move his nephew down with him but the nephew didn’t want to since he would lose more by moving from his school, friends, band and two girlfriends. But after that short scene ends without an argument, Affleck must’ve concurred since they never moved. Crisis averted I guess.

There’s no fighting; just giving up in this awfully boring movie about big life-changes. There’s not one, but two awkward scenes where Affleck is not chatting with his nephew’s girlfriend’s mom while the nephew tries to fuck his girlfriend in her room upstairs. I’m not making this up.

After a long absence from his alcoholic mother (a sub-plot that was grossly glossed over), the nephew tries to reconcile with his now-sober mom and her new fiancé (played superbly by Matthew Broderick) to see if she would resume legal guardianship of him. They have a nervous and awkward lunch (obviously, given the circumstances). In a later scene, the nephew receives an email from the fiancé telling him that because of her addiction recovery, they should take things very slow and that the nephew should contact him before arranging further visits. Somewhat despondent at this email, since he didn’t even finish reading it, the nephew never speaks of this again to anyone. I’m scratching my head at scenes like this (which is 90% of the film) where we see a conflict of drama happening but never a full reaction to it. These characters are totally devoid of human emotion. The nephew has one breakdown, where he (laughingly) cries after looking for food in the freezer (full disclosure, the nephew equates the frozen chicken for his dead dad, who is still frozen at the morgue until spring, when he can get buried). When he calms down, with no help by Affleck, he never has that expressive moment, that scene that should be shown at awards shows that have such a profound and emotional weight to it. The scene pretty much ends with him brushing his uncle off, they never discuss it and the nephew falls asleep while Affleck watches. No heart-to-heart at all. AT ALL! This kid never expresses his feelings to anyone, not his uncle, his mother, his girlfriend or any of his friends (come to think of it, I don’t recall any close friends). He has barely any teen angst or dramatic outbursts that show him being anything other than a walking mopey meme. I can’t even recall an argument with his uncle. The only person he shows any appropriate teen attitude is to his hockey coach and that was the first scene we see the nephew. Why have a drama with depressed and sad characters that internalize their inner feelings? It’s ponderous. The film makes us think for the characters in how they are feeling and that is a major no-no. That’s just screenwriting 101 people.

There’s also a scene, where Michelle Williams meets Affleck again in the street. Now at this point, she’s remarried and just had a new baby. She opens her heart to him saying that she’s sorry their marriage failed after the utter tragedy of the death of their daughters and that she still loves him. She did an OK job with her performances here, I’ll give her that. I don’t think it’s Oscar worthy but after everything else in this flick, it’s Streep-worthy. But Affleck mumbles along, stutters and even talks over her and eventually brushing her off without saying much at all back to her save for “there’s nothing there.” Fine. We get it, he’s totally given up. Sad! But he walks away from her leaving her and we, the audience, hanging like week old salami at the corner deli. Again, no real conflict. She never yells back at him or says things that would’ve maybe spurred more of an emotional response from him. Nothing. Scene ends and we don’t care. We’re forced not to care. I would’ve loved to see Affleck actually deal with his life and how to fix it. Not a 2 hour and change long marathon of the most worthless emotional scenes imaginable with a musical score designed for torture.

Overall: This movie was Crash-level bad. I bring that up because we all hate Crash and yet it somehow oozed its way to becoming an Oscar winner. Bear in mind, that melodramas aren’t ultimately my thing. I tried to like Ordinary People but it wasn’t a home run for me. However, it was richly acted and directed. It made me sad and depressed for the characters and the grief that they were going through. Manchester By the Sea was scene after scene of failed emotional weight that didn’t drive the plot in the least. There was zero passion in this. I’m sorry it’s a terrible, terrible movie. Don’t waste your time on it. It’s a major flaw of the critics and Academy voters that praised this boring shit movie. This is akin to giving every youth athlete a trophy despite their short-comings. This movie didn’t try hard enough. It took us on a 2 hour and 15 minute snooze-fest and we didn’t get much from it other than man wants to be left alone and by the end, he’s alone. Thanks for nothing.

There’s a perfect metaphorical scene in this movie that basically sums up how I felt watching this tedious movie. The first scene we meet the nephew, he’s at hockey practice and Affleck shows up to tell him the awful news of his dad being dead. The coach and the other players watch them talk from afar and the camera stays with them; not Affleck and Hedges. We don’t hear what they say but we are left with this understanding of the emotional state of their conversation but never interacting or experiencing it outright. It’s possible, that considering how emotionally-devoid these two characters perform during the course of the rest of film are, that it’s a matter-of-factly conversation between them and there’s no emotion whatsoever. Either way, we not hearing it nor experiencing it is how this movie fails to me on a epic level.

Score: 2 “Emotional Outbursts Over Frozen Chicken” (out of 10)