True or False Trivia: The Day of the Locust

2) An LSD-crazed Donald Sutherland didn’t bother to read the script because the words kept attacking him. As a result, he woefully misunderstood the film’s title (the movie is actually about 1930’s Hollywood), and showed up on the first day of shooting “with a tractor trailer full of locusts, which were as big as a fucking avocado and as crazed on LSD as son-of-a-whorebag Sutherland was,” according to co-star Burgess Meredith. Sutherland unleashed the locusts (“many of whom he considered to be his children,” said Meredith) onto the set, while Sutherland declared that “the day of the locust is now at hand.” The locusts brutally tore everyone in the cast and crew to pieces (although some died of fright before they were dismembered), save for Meredith (who was protected by an aura of dark magick placed upon him by Adam West 8 years prior), and Billy Barty, who was carried off by the locusts to be used as a mating slave for their queen. The film’s director, John Schlesinger, would later admit that the replacement cast was much stronger than the original cast, and that he owed the locusts a debt of gratitude. 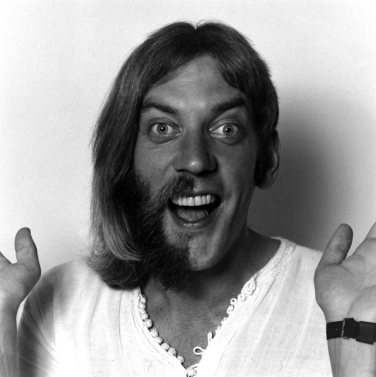 4 thoughts on “True or False Trivia: The Day of the Locust”