Our further internal discussions regarding yesterday’s review of this excellent picture (terrible spoilers ahead):

BRIAN: It would be funny if that “On your feet, maggot!” guy was aware of the time loop too and he just wanted to be an asshole forever.

BRAD: He was on a loop himself. Every time he died he restarted with holding a uniform and boots to hand to Cruise and calling him a maggot.

BRIAN: One other thing, Cruise never tried to go bang a few prostitutes? I actually liked the scene where he went to the pub to break things up since he was getting sick of failing. But on one loop I’d at least try to rip Emily Blunt’s tank top off. 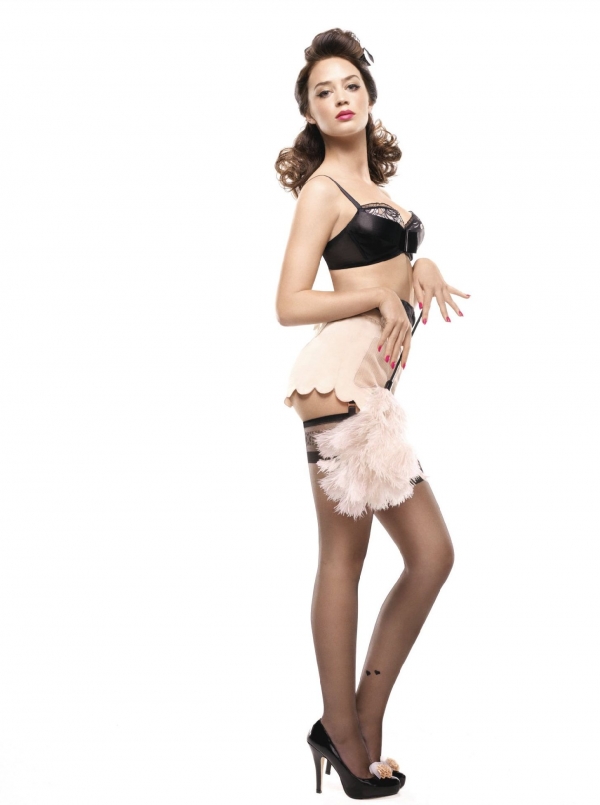 BRAD:  He did try to coax Blunt in having sex with him in that one weak attempt in the training room. I guess dying a grisly death a few dozen times does a number on one’s libido I guess.

BRIAN: Oh right. They should do this concept again as a horror thriller with a depraved maniac.

BRIAN: I’d go so far as to say I enjoyed Edge of Tomorrow even better than Friday the 13th Part VII: The New Blood.

BRAD: Blasphemy! Jason vs. the telekinetic chick is an unrivaled masterpiece!

BRIAN: I’d also like to think that after they dropped Cruise off at the barracks they had to give him a full rectal exam and he had to relive that over and over.

BRAD: Another thing I liked is the fact that whenever he restarted he had to wait to do anything different until the barracks because he had the handcuffs on.

BRIAN: Why did they lay him on those duffel bags instead of putting him in a bunk?

BRAD: That’s where they gang-raped him I guess.

No seriously, shouldn’t he be in a jail cell or something?

BRIAN: And in the time it took for him to wake up the general had concocted this elaborate deserter story and had paperwork typed up?

BRIAN: That was some taser, it put him in a coma.

BRAD: Who knows what they did to him after the taser.

BRAD: I have to say, thinking more on Brendan Gleesan’s general character that he was more or less worthless. They tried to make him an antagonist but he wasn’t evil enough, he just set the plot in motion for Cruise and then when he was confronted again by Cruise he actually listened to him and complied with his wishes to give up the device. He did have a gun pointed at him but still.

But I guess they couldn’t just have that device sitting in that scientist’s old desk in a lab somewhere and had to have some sort of redemption scene with the not-so-evil general. It was weak but better than having a scene of Cruise and Blunt quietly sneaking into a lab I guess. If they fleshed out Gleesan’s character more than it would’ve been better. This also goes back to the point why he just had to send cowardly Cruise to battle so bad.

BRIAN: But wasn’t the general the one who called the fuzz when Cruise and Blunt left the building? If so, he wasn’t redeemed at all, just a super-asshole through and through.

BRAD: I don’t recall if he was the one who called the MPs or not actually but if you’re right than yeah he wasn’t redeemed at all. Then he only gave them the device because he was threatened.

BRIAN: Unless it was the secretary who came in? But then why would everyone be outside waiting for them when the building was full of MPs?

4 thoughts on “Subject: Edge of Tomorrow”