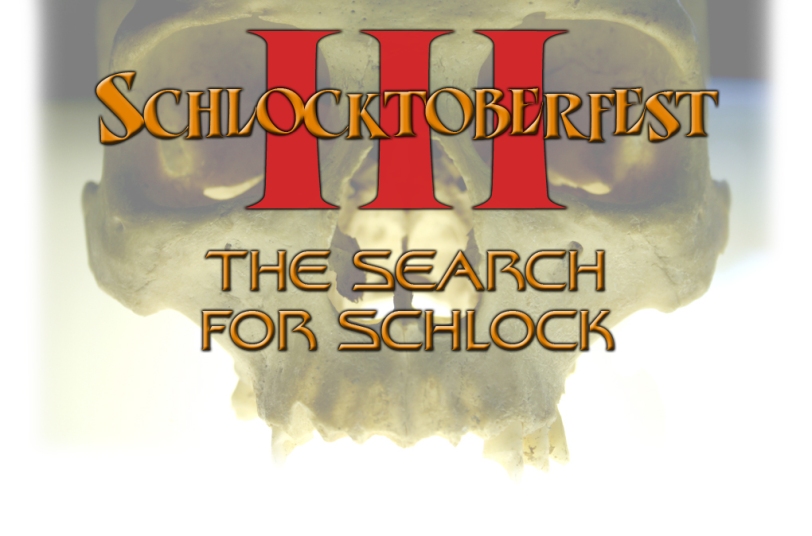 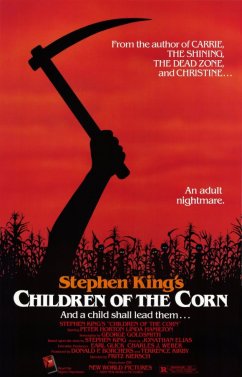 What’s It About: Peter Horton and Linda Hamilton’s car breaks down in Corn Town and they run afoul of some damn creepy kids. 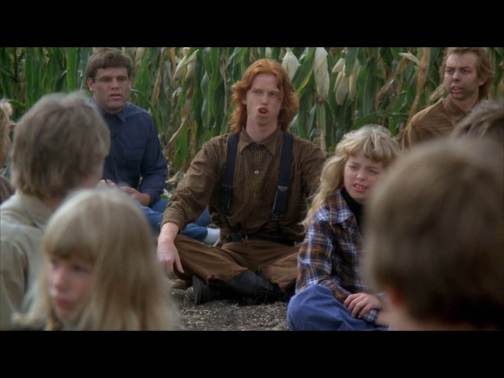 Look at the top right, their corn is infested with giant rats! 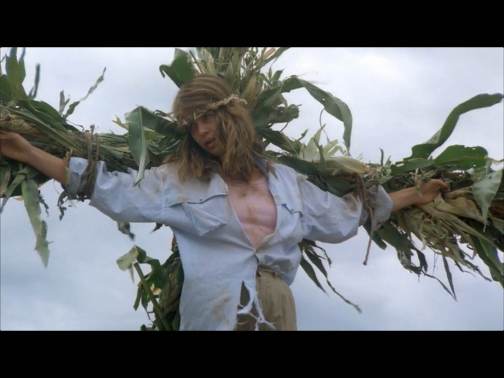 This religious imagery gets cornier and cornier. 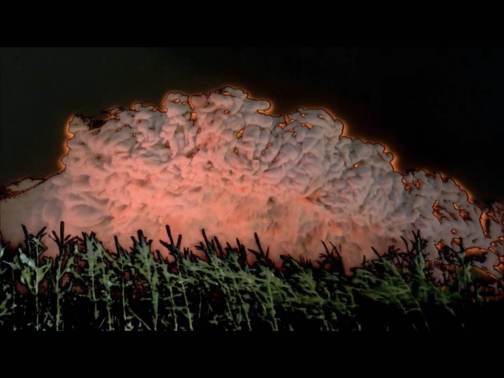 Shouldn’t it be He Who Glides Above the Rows?

Is It Actually Scary: There’s a good jump scare in Linda Hamilton’s dream where a kid springs up from underneath blanket in the road, but other than that it’s more creepy than scary.

How Much Gore: Aside from a few cuts of varying severity, most of the gruesomeness is pretty much implied offscreen.

Best Scene: Probably when Isaac comes back for Malachai:

Also, when there’s a birthday ritual involving drinking John Philbin’s blood out of a bowl, because when they used to serve tomato soup in elementary school we would hold the bowls up and say, “Children of the Corn” and drink out of them.

John Philbin: influencing every aspect of my life since 1984.

Worst Scene: Definitely the most poorly executed scene is Isaac’s death. It’s possibly the worst special effect I’ve ever seen in a decently budgeted motion picture and director Fritz Kirsch should still be losing sleep over it:

Overall: This movie is pretty much just all about creating a creepy mood. But I don’t know, the film stock, the lighting, the whole feel of it just doesn’t quite click. I don’t think the supernatural element was even necessary, and the movie probably would have been better if it was more straightforward about psycho kids who murdered everyone in town and started their own creepy society. From what I understand, the movie deviates from Stephen King’s book a pretty good deal (everyone dies at the end of the book, for example), so why not just leave the “demon cloud” part out since it didn’t translate well at all? Most of the acting is also atrocious. Aside from Linda Hamilton, Isaac, and, of course, John Philbin, it’s amateur hour with these kids! In particular Peter Horton, who just sucks, and the kid who plays Job, who has a grating voice, so of course he was used for narration. Still, it’s not a bad movie. I’d say it’s worth watching, and at least for me it has some nostalgia value. Despite several sequels and a crappy Syfy remake, there’s potential to make this better, creepier, more atmospheric, bloodier, etc. This would actually be a good film for Rob Zombie to remake. Or maybe someone like David Fincher, or Tyler Perry.

29 thoughts on “Schlocktoberfest III – Day 10: Children of the Corn”